Kicking-off today, Toyota has revealed two distinct special edition versions of the Tacoma, Tundra, 4Runner and Sequoia bowing at the Chicago Auto Show in the form of the Nightshade and Trail. 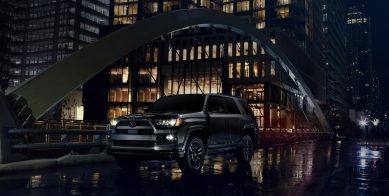 Joining existing Nightshade variants of the Corolla, Camry, Sienna and 4Runner, the appearance package debuts on the two pick-ups and the Sequoia using the Limited model as a base with production for the former pair limited to 5 000 units each and 2 500 for the latter.

Restricted to the exterior only, the Nightshade feature a black grille, mirror caps, door handles, exhaust tip and fog light bezels with chrome accents being standard on the Sequoia and Dark Smoke 18-inch alloys on the Tundra. 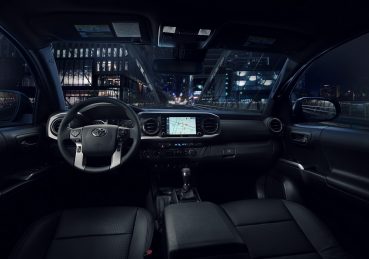 On all three, a choice of two colours are offered; Magnetic Grey Metallic and Midnight Black with the Tacoma and Tundra offering Windchill Pearl Metallic as an option. Toyota’s flagship pick-up can also be decked-out in Super White or, in the case of the Sequoia, Blizzard Pearl.

As per their siblings, the Nightshade is unchanged underneath the bonnet where the Tacoma makes use of a 4.0-litre petrol V6 that sends its 207kW/359Nm to the rear-or-all-four-wheels via a six-speed automatic gearbox, while both the Tundra and Sequoia are powered by a 5.7-litre V8 that delivers 284kW/544Nm with a six-speed automatic also being the sole option. On the same stand as the Nightshade, the Trail Edition, as its name suggests, puts the focus squarely on lifestyle usage and comes as an option on the Tacoma, Tundra and 4Runner SR5.

Like the Nightshade, the Trail can be specified with rear-of-four-wheel-drive and while all three have the same choice of colours; Super White, Midnight Black, Cement and Army Green, black exterior Trail badging and black seats with tan stitching, additional touches are bespoke and not offered on the other. 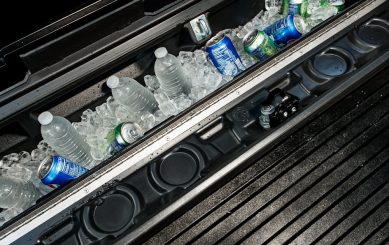 In the case of the Tacoma, the unique pieces consists of 18-inch TRD Off-Road alloy wheels wrapped in Kevlar all-terrain tyres, the same grille as the upscale Limited, a single 115-volt power socket in the loadbay and a lockable cooled storage compartment.

On the Tundra Trail, the grille from the flagship 1794 edition is used along with black alloy wheels and the same storage compartment, while the 4Runner Trail receives black TRD alloys, a specifically built boot slider with a 38-litre fridge and a Yakima roof rack. 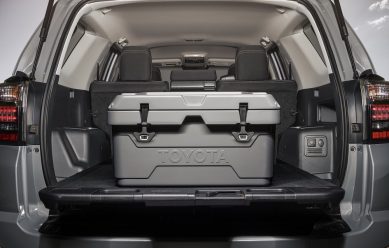 As with the Nightshade, both the Tacoma and Tundra Trail’s drivetrain options are unchanged, with the 4Runner utilising the same engine as the former, albeit with outputs of 200kW/378Nm and a five-speed automatic ‘box in place of the six-speed unit.

Going on sale later this year in addition to the Nightshade, production will be capped at 7 000 units for the Tacoma, 5 000 for the Tundra and 4 000 4Runners with pricing also unknown. However, and like the regular models on which they are based, don’t expect an entry into the South African market anytime soon.