Z-shaped folding mechanism and revised chassis, according to Gaydon, has only resulted in a 60 kg weight gain over the coupe. Three years after unveiling the all-new Vantage, Aston Martin has taken the roof off of its entry-level model in creating the Vantage Roadster.

Following the same approach as the soft-top DBS Superleggra and DB11 Volante, the drop-top Vantage’s main difference from its coupe sibling is of course the fabric roof that can be opened in 6.7 seconds and closed in 6.8 seconds at speeds up to 50 km/h. 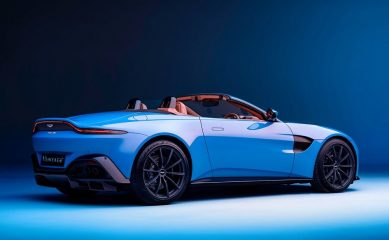 The fastest opening and closing roof cycle on sale today, the Z-shaped folding mechanism and revised chassis, according to Gaydon, has only resulted in a 60 kg weight gain over the coupe, with the top speed of 305 km/h being eight kilometres per hour slower. Acceleration-wise, the Roadster will reach 100 km/h from standstill in 3.8 seconds, three-tenths down on coupe.

While the AMG-sourced 4.0-litre twin-turbocharged V8 continues to send its 375kW/685Nm to the rear wheels via the ZF-sourced eight-speed Touchtronic automatic gearbox, Aston has included a number of tweaks underneath the Roadster’s skin in the shape of retuned rear dampers, a new Adaptive Damping system and a recalibrated Electronic Stability Programme system. 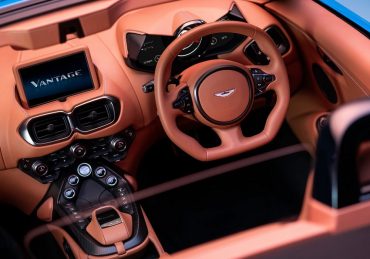 In addition, the Roadster comes with a specifically tuned drive mode selector for the available three chassis settings; Sport, Sport+ and Track, which Aston Martin claims has resulted in the drop-top Vantage feeling “equally at home on road or race track”.

Now open for ordering with delivers commencing in the second quarter of the year, the Vantage Roadster is priced from £126 950 (R2 4315 63) in the United Kingdom, but with the coupe starting off at R2 799 000, chances are that it might breach the R3-million mark when it lands in South Africa.