Cyberstar will feature tech such as 5G and Level 3 autonomous driving. Having not produced a two-seat sports car since the TF ended production nine years ago, iconic Chinese owned British marque, MG, appears set to return to its roots after releasing a trio of sketches depicting a new concept roadster dubbed the Cyberstar. 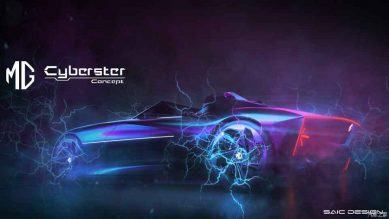 Provided by parent company SAIC’s design studio in London, the images sees a return to long standing MG virtues such as a long bonnet, tapered windscreen plus rounded headlights, with the actual design of the front seemingly drawing parallels with the long since discontinued SRT Viper. 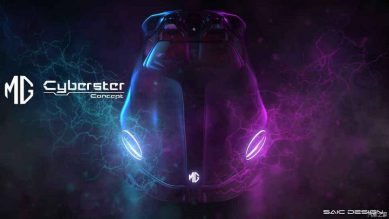 Although no details were made available, Britain’s Autocar reports that the Cyberstar will feature tech such as 5G and Level 3 autonomous driving, while power, in accordance with its name, could come from an electric motor. At present, it remains unknown as to when the Cyberstar will make the transition from drawing to production model.