Kia draws back the curtains to reveal new Morning

Morning is motivated by Kia’s 1.0-litre Smartstream engine that sends 56kW/95Nm to the front wheels via a four-speed automatic gearbox. Three years after making its world debut in the run-up to the Geneva Motor Show, Kia has revealed the facelift Picanto in South Korea destined for other markets, including South Africa, later this year.

Known as the Morning in its home market, the revisions consists of a more aggressive front bumper, new LED daytime running lights that combines with the lower surround of the restyled Tiger Nose grille, a new rear bumper with not only faux chrome exhaust outlets, but also an imitation diffuser, 3D taillight clusters, chrome window surrounds and newly designed 16-inch alloy wheels. 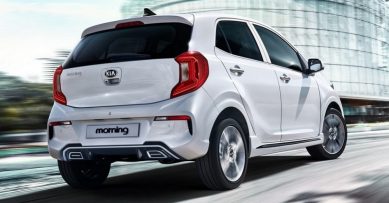 Up front, the Morning is motivated by Kia’s new 1.0-litre three-cylinder Smartstream petrol engine that sends its 56kW/95Nm to the front wheels via a four-speed automatic gearbox. Expect European spec models however to include not only this engine, but also the 62kW/122Nm 1.2-litre petrol plus the 1.0 T-GDI outputting 74kW/175Nm. A five-speed manual ‘box is set to be standard with the mentioned auto being a cost option. 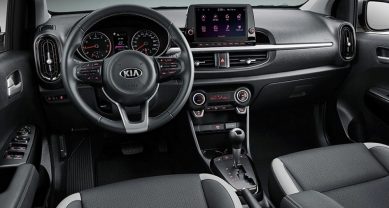 In its home market, the Morning kicks-off at 11 950 000 won (R180 805), but expect specification to differ when it does become available on local shores later in the year.