Jeep not ruling-out the possibility of a ‘junior’ Gladiator

If approved, the sub-Gladiator could well go up against the Ford Maverick and production Volkswagen Tarok. 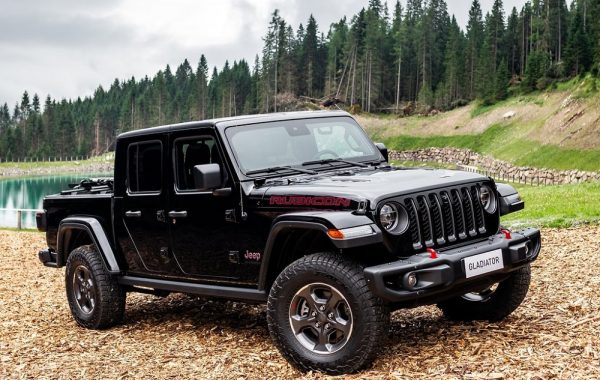 Having reiterated its intensions earlier this month to develop a smaller model below the Renegade after announcing plans of possibly rivalling the Suzuki Jimny in 2019, Jeep has expressed interest in introducing a second bakkie positioned below the Wrangler-derived Gladiator.

Despite it being reported last year that fellow Stellantis marque Ram had submitted a trademark application for the return of the Dakota name, which will likely result in a range of smaller pick-ups below the ‘full-size’ 1500 aimed at the the Toyota Tacoma, Nissan Frontier (Navara), Ford Ranger, Chevrolet Colorado/GMC Canyon, the unibody Honda Ridgeline and incoming Hyundai Santa Cruz in North America, Jeep boss Christian Meunier told Australia’s motoring.com.au that, “everything is possible” when quizzed about the possibility of a smaller Gladiator.

His hinting comes on the back of former Jeep boss and now Stellantis Operations Head for North America, Mike Manley, telling MotorTrend last year that the introduction of a Ram Dakota would not cannibalise sales of the Gladiator were it to become a reality as the target market for both are different.

“Being able to find a cost-effective platform in a region where we can build it with low cost and it still being applicable in the market is what they’re struggling with at the moment. I want that problem solved, frankly, because it’s a clear hole in our portfolio,” Manley said.

Although nothing else about the small Jeep was revealed, the Australian publication has alleged that a sub-Gladiator could arrive Down Under either in the guise of the Dakota, or potentially spun-off of the Ram 700 based on the Fiat Strada that will rival the Ford Maverick, the delayed Volkswagen Tarok and Nissan’s rumoured replacement for the NP200.

The local arm of Fiat-Chrysler Automobiles (FCA), which merged with the PSA Group earlier this month to create Stellantis, last year confirmed to The Citizen that the Gladiator is under investigation” for South Africa, but provided no indication of a launch date or additional details.