Engine line-up will be without a diesel for the very first time. 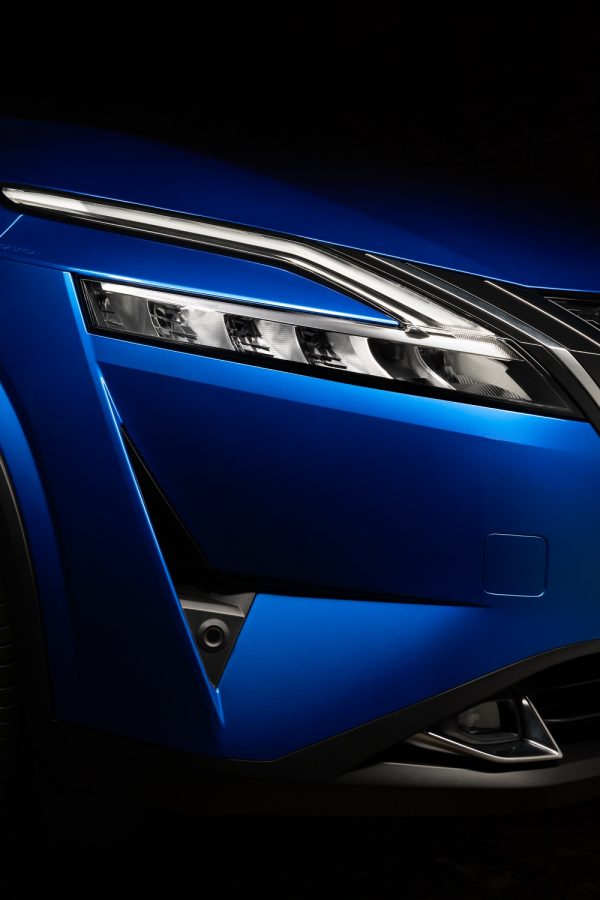 Refusing to reveal much apart from stating that the newcomer will “set a new standard for the segment with appealing design, advanced technology and dynamic driving”, the solitary exterior image of the right front sees the Qashqai adopting the same design as the X-Trail in the design of the L-shaped LED light, and a Patrol inspired blade on the flank of the bumper.

Confirmed to ride on the CMF-C platform and weigh 60 kg less than the old model, the new Qashqai will officially premiere on the 18th of this month and not in April as previously reported, powered by two versions of the Daimler co-developed 1.3-litre turbocharged petrol engine, each with mild-hybrid assistance, and, for the first time outside of a Japan, a 1.5-litre version of the 1.2-litre e-Power unit offered in Note, which uses the petrol engine solely as a generator to charge the electric motor. For the first time since the nameplate’s debut in 2006, no diesel engine will be made available.

Measuring 4 425 mm in overall length and teased inside last year sporting equipment such as a a brand-new 10.8-inch touchscreen infotainment system, a 12.3-inch digital instrument cluster and massaging seats, the Qashqai will once again be built at Nissan’s Sunderland Plant in the United Kingdom and go on sale in South Africa either towards the end of this year or in early 2022.