All-electric model would have "distorted the DNA of the C-Class". 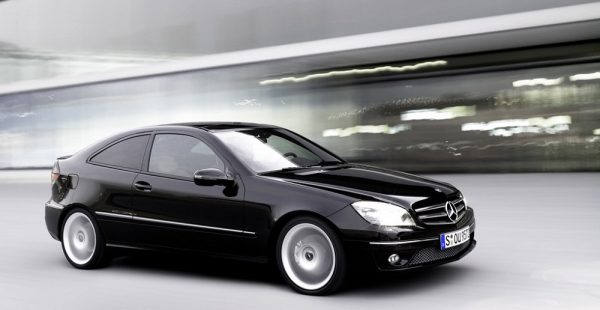 With the unveiling of the highly awaited W206 generation C-Class around the corner, 23 February, the Chief Engineering for Mercedes-Benz’s compact executive sedan has spoken out on the decision to opt not only exclusively for four-cylinder engines, but also the aborted return of the CLC moniker for a rumoured four-door coupe.

In an interview with Automotive News Europe’s German affiliate, Automobilwoche, Christian Früh said the decision to mount the W206’s engine longitudinally had played a part in the eventual ruling out of anything bigger than a four-cylinder engine, as it would have led to the front being enlarged by 50 mm in order to accommodate even Benz’s 3.0-litre straight-six.

“The longitudinal engine is the prerequisite for competitive premium car. Together with the E-Class, the C-Class forms the core of Mercedes’ MRA rear-wheel drive architecture. In the C-Class segment, the longitudinal engine has indisputable advantages. These include superior traction, steering that’s completely free of driving influences, and a premium chassis with a correspondingly complex rear axle design,” Früh said.

“Performance-wise, we have more than made up for the difference between the four- and six-cylinder engines through the plug-in hybrid models. Besides a slight increase in smoothness, these engines have significantly better efficiency”.

Despite being rumoured, Früh stated that an all-electric C-Class will not be offered just yet as a result of the updated MRA platform being unable to accommodate the full array batteries plus the electric motor, saying it would have “distorted the DNA of the C-Class [as] we would have had to make compromises with the rear axle and packaging”.

Regardless of the fuel type, the W206, apart from being the first C-Class not to have a six or eight-cylinder engine since it replacing of the 190E in 1993, will pair each engine with a 48-volt mild-hybrid system, which is set to be expanded to the replacement for the V6-powered C43, the C53, as well as the C63 whose 4.0-litre bi-turbo V8 will make way for an electrified, 410 kW version of the 2.0-litre M139 engine used in the A45 S.

Like the E-Class, the C-Class estate will offer an off-road inspired All-Terrain model for the first time, but not the mentioned coupe along the lines of the CLA and CLS with Früh remarking, “As you know, it is common in this business that not every concept survives the long road to series release”.

Production will once again to take place at three-pointed star’s East London plant for the local market and exports with sales anticipated to start either towards the end of this year or in 2022.