Despite its smaller engine, the C63 S will be heavier and more powerful. 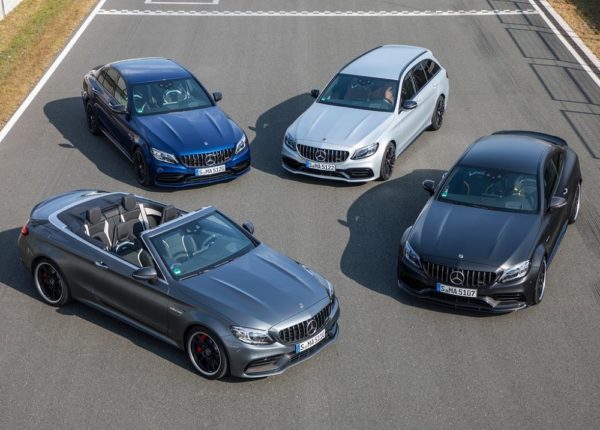 Mercedes-Benz’s three model strategy for the AMG versions of the new W206 C-Class will reportedly involve a name change for the previously rumoured C53.

According to Germany’s Auto Bild, the entry-level AMG-tuned C-Class will be called C45 and replace the now discontinued 3.0-litre V6 C43, without the electrical assistance the senior C63 and C63 S models will get.

Reportedly on course to be officially called the Mercedes-AMG C63 S 4Matic+ EQ Power Sport, the newcomer, despite the smaller engine cutting 60 kg off of the V8, will gain 250 kg in weight overall as a result of the electric hardware, which will see it weighing nearly two tons and offering an all-electric range of 64 km.

Auto Bild, however, claims that it will still be capable of doing 290km/h and dispatching the 0-100km/h mark in 3.5 seconds, half a second quicker than the V8. Like the E63 and E63 S, both C63 models, and more than likely the C45, will come as standard with the 4Matic+ all-wheel-drive system, as well as the nine-speed MCT gearbox and a Drift mode.

Set to be revealed next year, production of the AMGs will once again take place alongside the standard C-Class at Benz’s East London plant, but expect final specifications and indeed availability to be announced at a later stage.