Sportiest and most aggressive Patrol will once again only be offered in the Middle East. 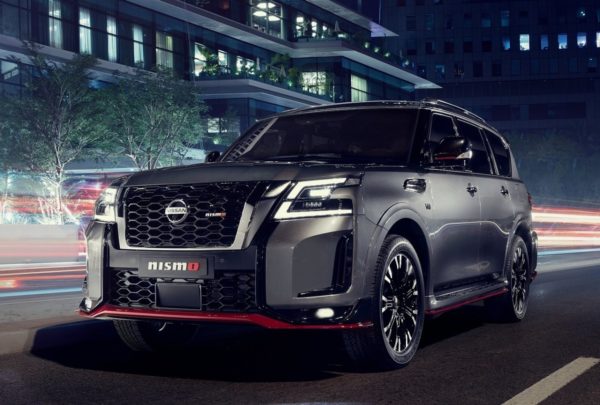 The Patrol Nismo has been revealed as a Middle East only model.

Nissan has brought its iconic Nismo moniker back to the updated Y62 Patrol for a special edition only the Middle East will be getting.

First unveiled five years ago based on the pre-facelift Patrol, the latest Nismo is based on the LE Platinum City trim level and rates as anything but an extensive cosmetic overhaul of the top-spec market specific model. 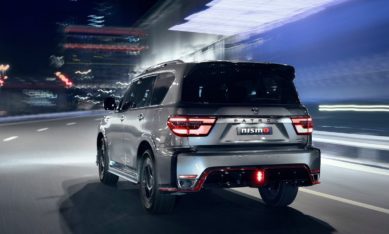 Added to the mix are new LED fog lamps, a bootlid spoiler and a red lip spoiler plus red detailing around the rear bumper, which also features an integrated gloss black faux diffuser. Red accents on the mirrors and Nismo badging on the tailgate and grille round the exterior off.

RELATED: WATCH: Own a fuel station? The Nissan Patrol’s perfect for you

Equipped with specifically tuned Bilstein shock absorbers, Nissan has also given the Nismo’s interior a rework in the form of a black Alcantara steering wheel with red 12 o’clock marking and carbon inlays, Alcantara and red leather sports seats with Nismo branded headrests, red stitch work on the carbon fibre centre console and in place of the traditional wraparound wood, more carbon fibre.

Underneath the bonnet, the 5.6-litre petrol V8 has been retained, but upgraded from 298 kW to 320 kW with torque unchanged at 560 Nm. Also kept is the seven-speed automatic gearbox and low range transfer case with selectable off-road modes. 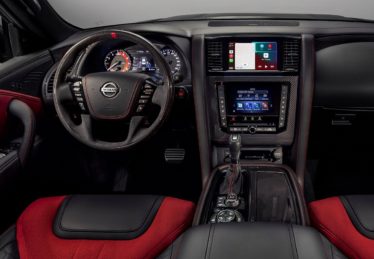 Going on sale across the Middle East from next month, the Patrol Nismo carries a sticker price of 385 000 Dirham, which equates to just more than R1.5-million, roughly the same as the South African-spec Patrol introduced last year with the 298 kW engine, but without the redesigned centre facia.

As indicated, the Nismo will be limited to the Middle East, therefore making it a no-go for South Africa.