The T4 bridges the petrol model gap between the T3 and all-wheel-drive T5. 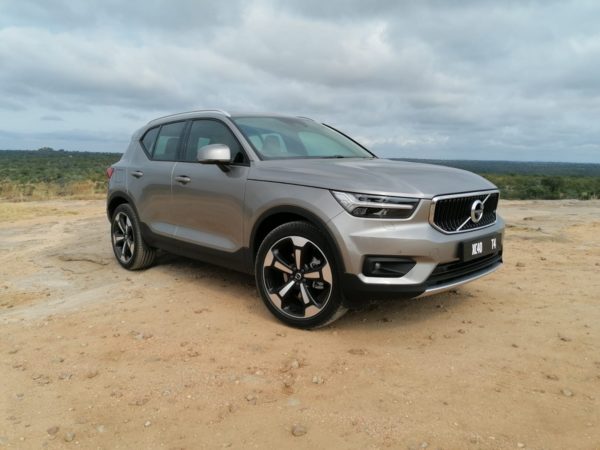 The T4 slots in between the T3 and T5 in the XC40 range. Picture: Jaco van der Merwe

Just more than three years after its South African debut, Volvo has added a third petrol-powered model to the XC40 line-up following the initial availability of the top-spec T5. The T4 will be offered in Momentum, Inscription and R-Design trim levels.

Positioned below T5 but above the three-cylinder T3 introduced in August 2018, the T4 makes use of the same 2.0 Drive-E engine as the former, but with power and torque reduced from 185kW/350Nm to 140kW/300Nm. Kept is the eight-speed Geartronic transmission and drive going to the front wheels with Volvo claiming a top speed of 180 km/h and 0-100 km/h in 8.4 seconds. Claimed fuel consumption is 7.9 L/100 km. Like the rest of the XC40 range, the T4 comes in Momentum, Inscription and R-Design trim levels with a myriad of safety features and tech consisting of a surround-view camera system, the tablet-like nine-inch Sensus Connect infotainment system, Run-off Road Protection and Mitigation, the semi-autonomous Pilot Assist, City Safety, Cross Traffic Alert, a 12.3-inch TFT instrument cluster and a wireless smartphone charger to name but a few. Arriving before the all-electric XC40 Recharge that will only be offered in T8 guise like the plug-in hybrid XC90, the T4, like the rest of the XC40 range, comes standard with a five year/100 000 km maintenance plan.