190 kW Amarok and “Oom” Sarel a match made in heaven

Who better than legendary racer Sarel van der Merwe to test your driving skills at Spirit of Amarok off-road challenge? The 190 kW Amarok in action during the Spirit of Amarok. Pictures: Mpumelelo Macu

The Spirit of Amarok 4×4 championship is nothing new, but the impressive Volkswagen 190 kW Amarok is. The combination of the two worked like a charm during the 2021 Media Challenge this week.

The event prides itself as being the only amateur 4×4 championship with international status. Created as the Spirit of Africa Trophy by South Africa’s legendary track and rally driver Sarel van der Merwe back in 2004, the Volkswagen Amarok became the official sponsor and vehicle of choice after its local launch in 2010. The bakkie, as well as the affable “Oom” Sarel has been the key components to the event ever since.

The rules are simple. “Oom” Sarel creates a comprehensive set of technical and speed off-road challenges during an event which is open to any two-person team from Southern Africa. After dozens of elimination rounds which involves more than 500 teams annually, the top 20 teams fight for the Spirit of Africa Trophy in the final. After that, the winners get to compete for the illustrious Wolf Trophy at the International Spirit of Amarok. The 190 kW Amarok making light work of an obstacle.

This week, The Citizen had the rare privilege to take part in the Media Challenge, which is as the name suggests, contested by two-person teams made up by the South African motoring media. The Citizen, teaming up with Willem van der Putte from The Star/IOL, did not manage to finish on the podium, but like all bad losers is happy to declare that “the 190 kW Amarok was the real winner”.

After the 2020 event had to be called off over Covid restrictions, the 2021 version made a grandiose return, coinciding with the introduction of the most powerful Amarok ever used at the competition. The impressive 190 kW version replacing its 165 kW predecessor was a big drawing card for the fiercely competitive media teams.

Putting that extra power into action on the speed stages of the competition did however have to wait until the afternoon. The morning shift was made up of five slow-moving technical challenges along the banks of the Bloklandspruit River running through the Geluksfontein Private River Lodge in Limpopo.

While these challenges might not have been the biggest test of the Amarok’s permanent four-wheel-drive system, it definitely was a trial by fire for the wit and patience of the motoring hacks.

Not for the faint-hearted

Teams were required to steer their vehicles on jeep tracks over obstacles such as sharp inclines, steep descents and sharp corners on surfaces varying from gravel, loose rocks and sand in between very imposing and tightly placed poles. Over the course of the competition each team starts each challenge with 100 points, with points deducted for mistakes during each stage.

On the technical challenges, you lose 10 points for touching a white-staked pole, 30 for touching a red-staked marker and 20 for reversing while you are also docked points per second not finishing in the allocated time frame.

With all the nerve-wrecking manoeuvering out of the way, the seven afternoon challenges offered a chance to have some real fun in the Bushveld dirt. It consisted of four high-speed rally stages, a drag race down a gravel runway and two reversing tests. One up an incline to get as close to a pole as possible without the use of the reverse camera and one requiring hasty turns going around in a circle through numerous gates. Lining up on the drag strip.

It was on the rally stages that the most powerful bakkie in South Africa showed it’s true worth. With the 3.0 TDI V6 powerplant sending 190kW/580Nm to all four wheels via the eight-speed Tiptronic transmission, these stages were tackled with enthusiasm. In fact so much enthusiasm that a few teams even managed to beat some of Oom Sarel’s very tough target times without brushing the flagpoles lining the route.

Speaking of speed sections, crews were faced with an interesting choice of driving with Electronic Stability Control on or off. Turning it off gave you more chance of drift through the sweeping bends, while leaving it on provides a better chance of saving you from disaster should you enter a corner too hot with fatal red flag looming large.

But even on stages where disaster struck, Oom Sarel is always on hand to comfort even the grumpiest of drivers with a razorsharp chirp or two. After crawling through the finishing gate on the speed reversing stage I uttered to him how grateful I am that that is over, to which he chuckled and replied: “You should be, you are even out of breath!” 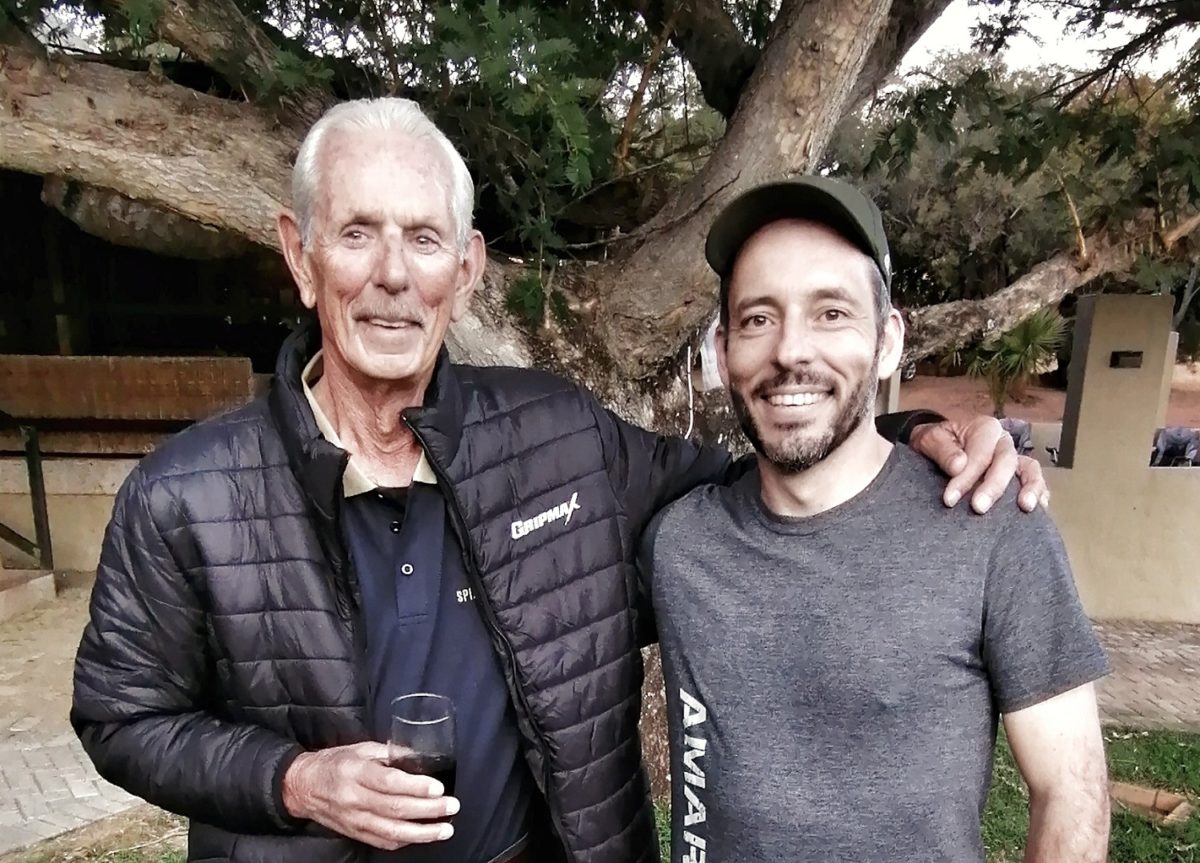 Van der Merwes unite. This writer and Oom Sarel are not related.

At the end of the day, The Citizen/The Star partnership could only manage to finish in sixth place after silly mistakes robbed us of any chance to finish on the podium. But there are no regrets after experiencing such an exhilarating event highlighted by an epic bakkie and the legendary Oom Sarel. A match made in off-road heaven.