Enhancements include an armoured cabin and canopy cable of protecting against AK47 fire. 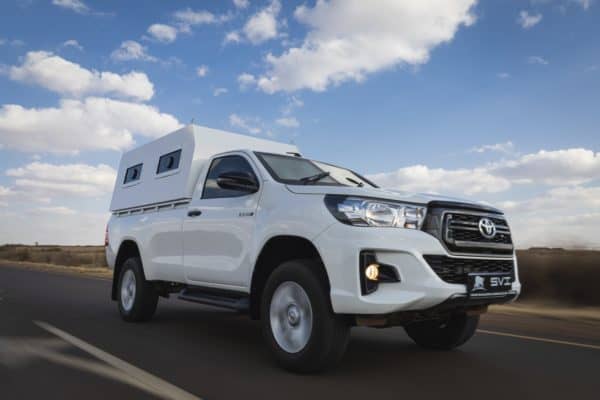 Indirectly mirroring the troop carrying the Toyota Land Cruiser 78 Troopy reintroduced in February this year, the anti- riot converted Hilux sports a redesigned canopy made out of armoured steel capable of withstanding AK47 fire, while providing seating for six with each occupant having their own gun port. Said to take around six weeks to build, the canopy also features an escape hatch, air-conditioning and individual belts.

Not stopping there, SVI have also reinforced the Hilux’s cabin by swopping the conventional windows and windscreen for armoured glass able to protect against assault rifle rounds, and revising the body and roof while also upgrading the suspension to cope with the armour’s added weight. Available as an option are run-flat tyres.

Homologated up to 3 499 kg GVM, the anti-riot conversion, which excludes the actual Hilux, carries a price tag of R223 000 for the B6 that comprises the mentioned cabin upgrades, while the B4, that adds the canopy, retails at R271 000. Both packages though include a one year/50 000 km warranty.