Alpine sharpens A110 one last time 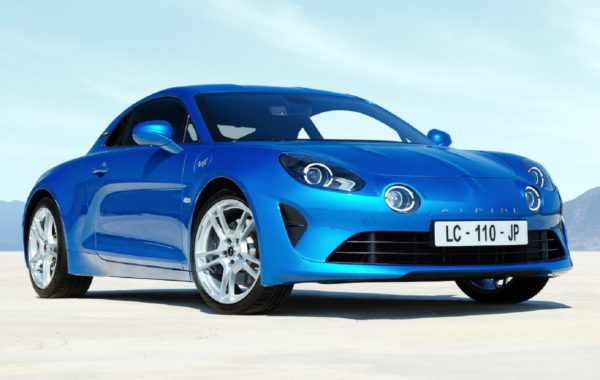 No changes have taken place at the front...

Officially the performance division of Renault following its replacing of Renault Sport back in May, Alpine has given its acclaimed A110 a series of updates, likely to be the final as the brand heads towards an electric future.

Tweaked two years ago, the A110, which debuted in 2017 as a retro-styled version of the model of the same name that become a driving force in the World Rally Championship (WRC) in the 1970s, now comprises three models claimed to be “intensely Alpine” with their “own distinctive character”.

Commencing the range, the standard A110 remains aesthetically unchanged, but enters the new year with a new seven-inch touchscreen infotainment system, complete with Apple CarPlay and Android Auto, as well as over-the-air updates and voice recognition.

Mounted on 17-inch alloy wheels wrapped in Michelin Pilot Sport 4 tyres, the A110 also receives charcoal black Brembo brake calipers with 296 mm discs all around, sport seats trimmed in black micro-fibres and leather with grey stitching, a sports exhaust system and a reverse camera with front and rear parking sensors.

Available as an option is the Comfort package made-up of 18-inch Sérac alloys, a black leather interior, alloy pedals and a Focal sound system with two speakers and tweeters as opposed to the conventional system with only a pair of the former.

Sitting above the A110, the A110 GT receives a reworked chassis still with three driving modes; Normal, Sport and Track, but adds the following;

Inside, the comfort seats feature, trimmed in black or brown leather with blue stitching, with options being a four-speaker Focal Premium sound system with a single subwoofer, a gloss black carbon fibre roof that shaves 1.9 kg off of the overall weight and the micro-fibre packages that adds black micro-fibres to the dashboard, steering wheel, headliner and centre console.

Sitting as the top of the range once again, the A110 S serves as the sportiest model with its changes being more substantial than that of the standard A110 and the GT.

An optional aero kit brings a carbon fibre rear wing and front splitter claimed to produce 141 kg of downforce at 275 km/h with the added aid of the rear diffuser.

Inside, the S can be equipped with the micro-fibre package as well, but stars as the only model to receive the Sabelt Sport racing seats finished in leather and black micro-fibres with orange stitching.

Despite having the same mass the regular A110, the S’ performance figures match those of the GT with top speed and acceleration being the same. Regardless of the engine tune, a seven-speed EDC is standard across the range with a launch control function now included.