Only 500 examples will be made and for now, only for the Japan. 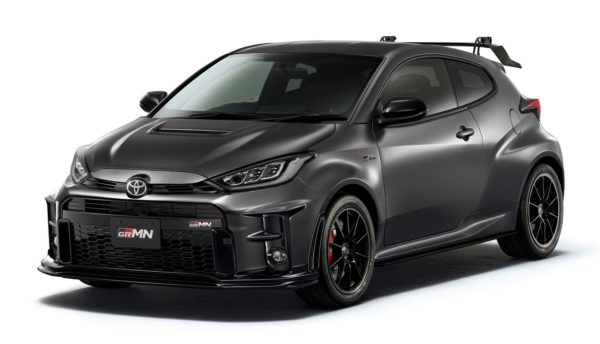 GRMN Yaris, in Circuit guise, rates as the most aggressive looking Yaris ever made.

Toyota has revived the hardcore Gazoo Racing Masters of the Nürburgring (GRMN) moniker for the car it was originally developed for, the Yaris.

Teased earlier this week ahead of the Tokyo Auto Salon that kicked-off today (14 January), the u-turn in bringing back the moniker previously used between 2017 and 2019, has resulted in the most track focused Yaris ever made.

As alluded to by the mentioned teaser, the GRMN’s revised exterior comprises a vented carbon fibre bonnet, a WRC-inspired carbon fibre rear wing, a new front bumper with a deeper air intake, a carbon fibre roof and wider door.

Unlike the original, and indeed the GR Yaris on which it is based, the GRMN offers a choice of two packages with a selection of bespoke tweaks.

Sitting 10 mm lower to the ground than the GR Yaris, the Circuit also infringes on the GRMN’s weight as the various components, together with the removal of the rear seats and addition of a cross bar, has resulted in a weight drop of 20 kg.

At the other end of the scale, the GRMN can be specified with the Rally Package, which is 30 kg lighter and comprises specifically tuned GR shock absorbers, a roll cage, a different stabiliser bar link and a GR undergaurd protection plate.

In the case of both models, the Toyota has dropped the Torsen limited slip differential for a mechanical unit, while at the same time increasing the overall width by 10 mm and improving strength by adding 565 spot welds compared to the GR Yaris.

Up front, the 1.6-litre three-cylinder turbocharged engine has been retained, but with a torque increase, in Japan, from 370 Nm to 390 Nm. Power is unchanged at 200 kW.

Also revised is the six-speed manual gearbox, which features a close-ratio setup while retaining the ability to be blipped on downshifts.

Going on sale soon via a unique lottery system, the GRMN will only be offered in Japan with sales limited to 500 units. 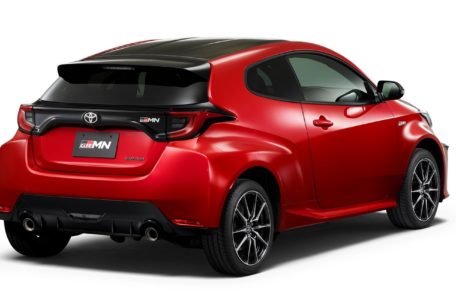 2/4
Rally loses the rear wing, but is 30 kg lighter than the normal GRMN and 10 kg than the Circuit. 3/4
Rally comes as standard with a roll cage. 4/4
Rear cross brace a standard feature in the Circuit.