Despite numerous delays, the facelift Oroch won't be coming to South Africa as that role will fall to its replacement due out next year. 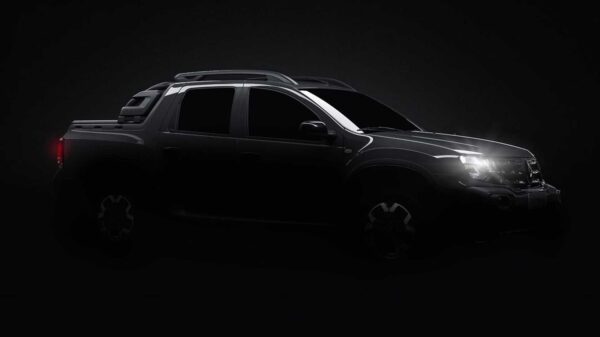 A model that has been on the local radar since 2019, Renault, according to a report from South America, has confirmed that the revised Oroch double cab will officially be unveiled on 12 April.

In addition to confirming to date, motor1.com Brazil, via a pair of accompanying teaser images, also revealed that the Oroch will do away with the Duster prefix, but won’t be a completely new model as previously thought.

Captured by the publication last week at what appears to be a harbour in Argentina where production takes place, the Oroch sports the same grille as the updated European Dacia Duster, with the rest of the design being similar to the original that has remained in production in both Latin America and India despite the current second generation’s global debut in 2017.

Sans the Duster badging on the tailgate, additional changes, according to the publication, include new alloy wheels, restyled headlights now with LEDs, a protruding new front bumper and darkened taillight clusters.

Although unseen, the interior is set to receive the European Duster’s infotainment system, as well as upgraded materials and fabrics.

Up front, reports are that the entry-level 88kW/159Nm 1.6-litre petrol engine, which also runs on ethanol, will be retained along with the five-speed manual gearbox and the optional CVT.

Paired to a CVT only, the unit is anticipated to produce 125kW/270Nm with all-wheel-drive being fitted as standard.

The update is expected to be the final hurrah for the Oroch before its replacement arrives next year, at which point it will become available in South Africa after delays resulted in it being pushed back to 2021 and then this year before being put on permanent hold till 2023.

In a departure from the current model though, the next generation Oroch won’t be offered as a double cab following confirmation from Renault last year that it will be a single cab along the lines of the Dacia Duster Pick-Up currently sold in Romania.

More details are set to be revealed over the coming weeks, including the Oroch’s price tag motor1.com Brazil expects will be close to the R $135 019 (R410 048) starting sticker of its immediate rival, the Fiat Toro.

Aside from the Toro and its Ram 1000 offshoot, the Oroch will also take aim at the Ford Maverick, Chevrolet’s incoming all-new Montana, sold in South Africa as the Utility, and Volkswagen’s reportedly on-track replacement for the Saveiro, the Tarok due in 2024.