THIS IS HOW WE ROLL. Andy Gossman (111 Plumbers VW Golf) retires from the opening Car Care Clinics 111 race in noisy fashion on Saturday. Picture: Paul Bedford

A packed programme of regional, historic, and club racing entertained a large KwaZulu-Natal crowd at the Dezzi Raceway, near Port Shepstone, on Saturday.

Topping events were two races for Pre-1980 Historic Saloon Cars, both of which went to Rob Prece in his Power King VW Golf Mk 1.

Willis and Greg Steen (Ford Escort Mk 1) filled out the podium in the second race.

The Motul Modified Production Car races were both won by Keegan Pottas in his EV Dynamics Honda CRX, followed on both occasions by JB Breedt in his BMW E36 and George Economides (BMW E328).

In race one, Garland was chased to the flag by Nic Martin in a Rex Diff Opel Kadett and Chris Davison (HIMOINSAOpel Superboss), while Andre Dannhauser (Pro Auto Rubber/Opel Corsa) and Martin completed the podium the next time around.

The day’s biggest shunts were provided by the Car Care Clinic 111 Sports and Saloon Car brigade.

One lap into race one, the 111 Plumbers VW Golf of Andy Gossman was tagged, spun, hooked up and flipped, causing a red flag.

Then, one lap after the restart, everything stopped again after a multicar pile-up.

Gerhard Henning, in his VW Polo, dominated after the second restart and won ahead of Ronald van Rensburg, also in a VW Golf, and Bjorn Gebert, driving his Alfa GTV6.

Devin repeated the victory in race two, this time ahead of Gerhard Roux and Willie Erasmus.

Race three, started from an inverted grid, saw Devin charge through the field from the back, to finish second behind Justin, and ahead of Upton.

Rounding out the events on Saturday at the Dezzi Raceway was a 60-minute Endurance race, which went to Ricard Schuhardt in a Porsche 911 RSR, ahead of Thomas Falkiner in a Taylon Toyota Lotus, and Allan Spies in a Birkin Toyota Lotus. 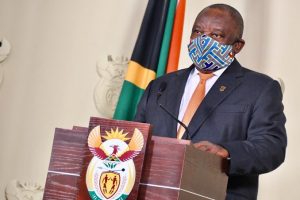