Poskitt has completed the Dakar Rally three times in the motorcycle category. WORLD TRAVELLER. Lyndon Posskit, who will do some South African off-road navigation on his way around the world.

When British motorcycle rider Lyndon Poskitt (39) gets into the navigator seat of the Red-Lined Nissan Navara at the upcoming Harrismith 400 race, he would have been riding his motorcycle for 1 155 days, crossed 88 borders done 181 070km and competed in seven races.

Poskitt has completed the Dakar Rally three times in the motorcycle category, but in 2013, after he finished 46th overall and took home a top-10 stage finish, a near-death experience changed his view on life.

He quit his job and sold his possessions to chase his dream of riding a motorcycle around the world.

In 2014 he built himself a custom off-road bike capable of travelling and racing and set off on his adventure, riding as much off-road as possible with a plan to compete in an international cross-country race on each continent.

Four years later and after visiting five continents, 59 countries and competing in seven international races, he is on the last leg of his journey, the African continent, to ride from Cape Town back to where he started in the UK.

His journey includes being the first competitor since the early days of the Dakar Rally to ride to the start of the race.

He rode from the Arctic Ocean in Alaska to the start line in Asuncion, Paraguay, where he raced in the Malle Moto Class finishing, 39th overall.

He filmed the entire event himself and made a free YouTube movie called Malle Moto – The Forgotten Dakar Story.

Earlier this year, he again competed in the Malle Moto Class, took a media crew with him and released live videos daily from the race.

Red-Lined Motorsport CEO and driver of their Nissan Navara met Poskitt at the Dakar Rally earlier this year and then ran into him again at the Dubai International Baja where Poskitt was competing in the Dragon Energy Polaris.

Meeting in Cape Town a few weeks ago with Marsh having raced with South African Dakar Rally hero Joey Evans in the navigator seat at the Atlas Copco 400, it was instinctive for Poskitt to jump at the opportunity and continue his adventure at the Harrismith 400 in the Free State.

Poskitt might have competed in seven disciplines on two wheels over the past 30 years but being in the navigator seat of a Class FIA vehicle will be a first for him.

“The transition from two-wheel self-navigating to four-wheel instructional navigation is a whole new challenge and I am sure it will be a fantastic experience. I am looking forward to sharing it with my followers and subscribers,” he said. 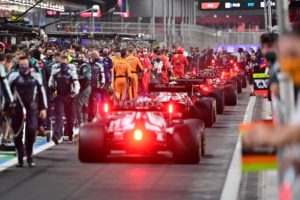 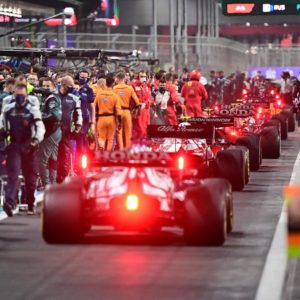 FLOYD ON F1: Saudi race made a mockery of the sport
47 mins ago
47 mins ago 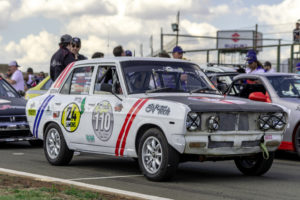 24 Hours of iLamuna: More than just another motor race
6 days ago
6 days ago
PREMIUM! 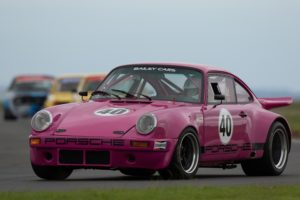 FLOYD ON F1: Saudi race made a mockery of the sport
47 mins ago
47 mins ago

24 Hours of iLamuna: More than just another motor race
6 days ago
6 days ago
PREMIUM!