A widely varied racing programme on both four and two wheels entertained enthusiasts at the Zwartkops Raceway near Pretoria on Saturday.

Top billing belonged to two races for SKF Pre-1966 Legend cars, with two separate classes taking to the tarmac. Race one saw Mark du Toit win in the TAR Studebaker Lark, ahead of Vic Campher (Tom Campher Volvo 122S) and Alan Poulter (Tom Campher Volvo 122S). Jonathan du Toit drove the Studebaker the next time and won as well, chased to the flag by Poulter and Campher in their Volvos. 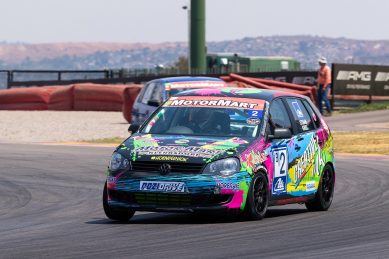 The final round of this year’s regional Extreme Festival will be held at Zwartkops on Saturday, November 9.