Close racing and a few red flags added to the drama. 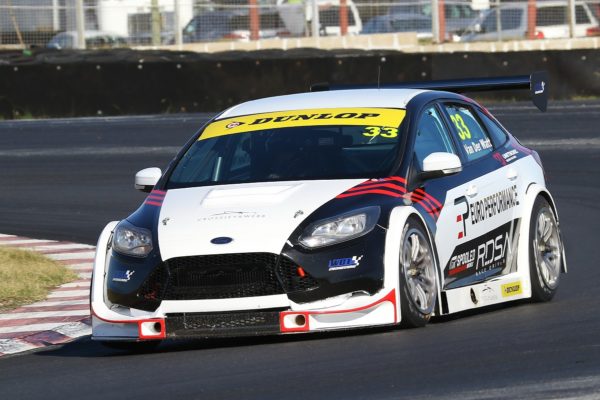 It was a crying shame that the hugely enthusiastic Cape Town crowds could not attend the meeting, since it produced a number of superb shows. 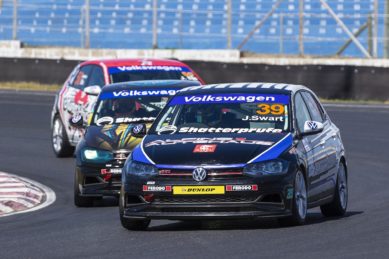 The opening Polo Cup race was red-flagged after four laps when the Stradale Polo of Kwanda Mokoena was thumped into a long spin in the pit straight, to be solidly collected by the Trinity car of Damian Hammond.

Then the restarted race was halted a lap early when the other Stradale Polo of Farhaan Basha got punted sideways and crashed in the back straight. All of which left local hero Jurie Swart (Alpine Autohaus Polo) to win, ahead of Leyton Fourie (VW Polo), Arnold Neveling (Stradale Polo) and Jean-Pierre van der Walt (Platinum Polo).

The 14-year old Tate Bishop (Angri Polo) led race two until he was roughly shouldered wide at the end of the pit straight. Afterwards Swart went on to win again, this time followed by Clinton Bezuidenhout (Universal Health Polo), Neveling and Fourie. 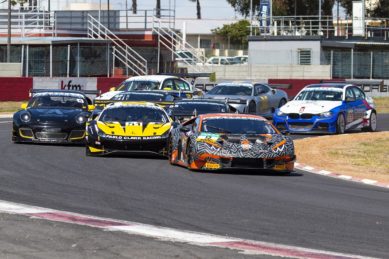 Arangies and Dayne Angel finished first and second again the next time out, with the top four places rounded out by Silvio Scribante and Marcel Angel. The third and final race saw Arangies lead home Silvio Scribante, Angel and Aldo Scribante (Lamborghini Huracan). 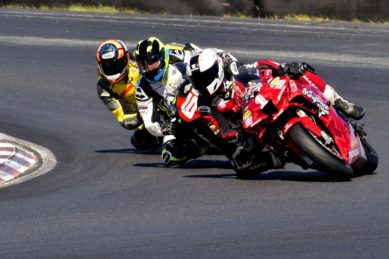 In the process Enticott broke the Killarney Masters Cup lap record, held by multiple former champion Stuart McLeod since 2013. Cragg won the next time out, crossing the finish line ahead of current champion Van Breda, Enticott and Ackerman.

The next round of the 2021 Extreme Festival will be held at the Zwartkops circuit on Saturday, 17 April.