Mpumalanga 400 came as a tough test as evident by the high retirement rate. 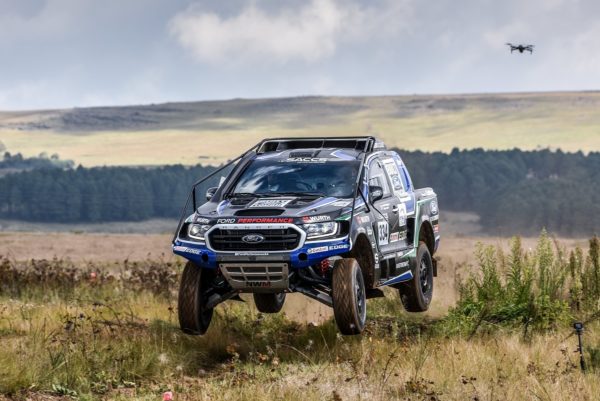 The all-new FIA Castrol Ford Ranger won its very first off road race the weekend, when Lance Woolridge and Elvéne Vonk took it to victory in the Mpumalanga 400 around Dullstroom. Picture: Colin Mileman.

The first great debut was that of the all-new FIA Castrol Ford Ranger in the hands of Lance Woolridge and Elvéne Vonk that made history by winning the event overall. The new Ranger, powered by Ford’s 3.5-litre twin-turbo V6 EcoBoost engine, proved extremely adapt to its task, with Woolridge and Vonk winning both Friday’s Qualifying sprint race and Saturday’s main event overall.

Botterill/Cummings had to fight for their podium position as the second of the new Ford Castrol Cross Country Team Rangers in the hands of Gareth Woolridge/ Boyd Dreyer chased hard to finish third in the FIA Class and fourth overall. 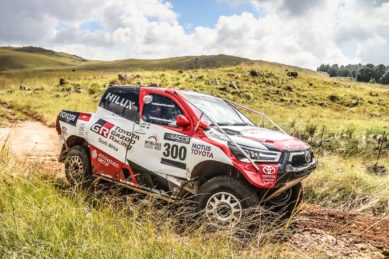 Rounding out the top ten finishers were Eben Basson/Gerhard Schutte (Red-Lined Motorsport VK56). The event took its toll on vehicles and only 15 teams managed to receive the chequered flag in the Production Vehicle Category.

In the Special Vehicle category Lance Trethewey and Adriaan Roets romped to a fine victory in their L T Earthmovers BAT Venom. 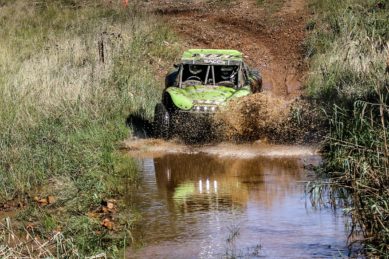 The Larney brothers, Cecil and Elardus, also competing with a Can-Am Maverick SxS, made their debut at the Dullstroom event and had a fourth place overall in the Special Vehicle Category to show for it.

The Mpumalanga 400 will again be remembered for the field of devastation it left behind in the Special Vehicle category. The winner of this event last year, Clint Gibson/Alaric Smith (Stryker) retired four kilometres into the race on Saturday due to a broken sideshaft, while gearbox problems  put a halt to the race for John Thomson/Maurice Zermatten (Mormond Zarco Challenger).