Africa's top cycling team will start their season next week with a weight of hope and expectation, both internal and external, resting heavily on their shoulders. 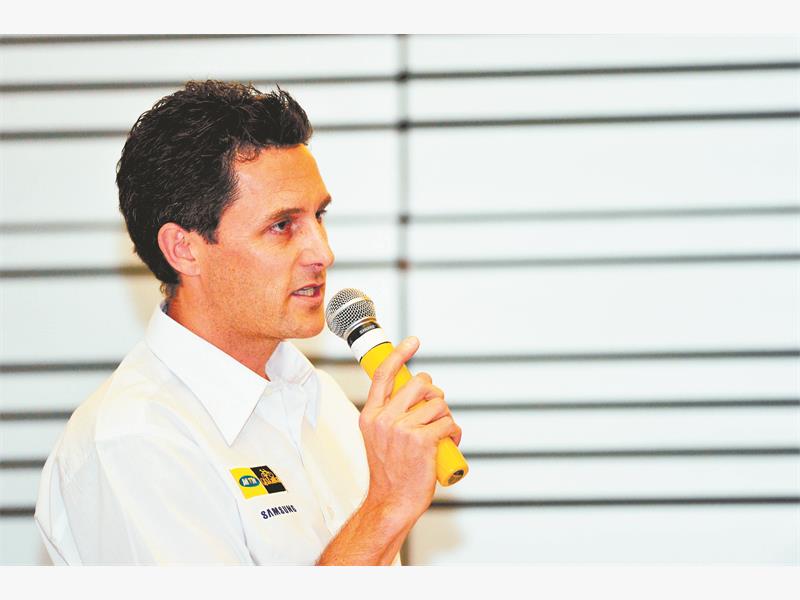 While their opposition will hope for the pro continental outfit to set the pace in the La Tropicale Amissa Bongo stage race, starting in Gabon on Monday, MTN Qhubeka’s management team will have a Grand Tour on the back of their minds as they wait expectantly for the phone to ring.

The South African outfit was asked last season, after becoming the first African outfit to receive a UCI pro continental licence, whether they were interested in racing either the Tour de France or the Giro d’Italia, but they were reluctant to dive straight into the deep end of international cycling.

“We did not want to race a Grand Tour in our first year at this level,” team principal Douglas Ryder said this week.

“Our long-term objective is to develop African cycling, and it was too soon for us to accept a Grand Tour invitation.”

Having secured a World Tour victory in their first season, however, after German rider Gerald Ciolek won the Milan-San Remo one-day race in Italy, they are ready to take the next step.

MTN Qhubeka will find out within the next few days whether they will be the first African team to compete in the most prestigious stage race in Italy.

“We want to get into the Giro. It would mean a lot,” Ryder said.

“There are three wildcard places left for 17 second-division teams and I’m confident we’ve done a good job in getting people behind the team.”

Aside from being a successful unit, a team must offer something unique to give the Giro organisers enough reason to hand them a wildcard, and Ryder believes MTN Qhubeka, which raises money to provide underprivileged children with bicycles, has achieved the criteria.

“70% of our team are from the African continent, and 50% are black African riders,” he said.

“No other team in the world has that make-up.”

While Ryder and team management try to promote the outfit in an effort to secure a place in the Giro, the MTN Qhubeka riders are hoping to start the 2014 campaign with a bang in Gabon.

A number of the team’s cyclists will make their returns after missing out on the 2013 season, including South African John-Lee Augustyn, who has struggled with injuries since overshooting a hairpin bend and sliding 30m down a mountainside during the 2008 Tour de France, and Germany’s former Tour de France stage winner Linus Gerdemann, who was unable to secure a contract with a trade team last year.

“It’s one of the best fields ever put together for a continental race, and the continent looks up to us to perform, so there is pressure. It’s not just a training ride,” Ryder said.

“The guys will look to perform at their best from the start, and we’ll play it day by day.”