Louis knows how to holiday

The mark of a great champion is being able to turn it on in the most pressurised of situations. Faced with the prospect of ceding his Volvo Golf Champions title to Branden Grace at Durban Country Club at the weekend, Louis Oosthuizen produced a shot on the 17th hole that effectively sealed the tournament and the successful defence of his crown.

With roughly 119m to the flag, Oosthuizen flew the ball at the pin to leave himself with an easy putt for birdie before another under-par effort on 18 handed him the title by one stroke in the first European Tour event of 2014.

“I think under the circumstances, for myself, knowing that I needed to put it close,” Oosthuizen said when asked if that was his shot of the tournament.

“As I hit it I knew the line was perfect and it was just all about whether I had the right club. It worked out well and I think in the situation that was probably the winning shot.”

The win also highlighted the fact that Oosthuizen is become renowned as a strong starter having claimed a win in his first event of a calendar year for the fourth straight time. In previous years Oosthuizen claimed this very same crown in 2013 and consecutive Africa Open titles.

“I know how to take a holiday,” quipped the South African when asked to share his secret. “I don’t know. Proper rest and no golf, that looks like the key. It doesn’t work all the time but it has for me in the last four years.”

One of the biggest factors that may have influenced Oosthuizen’s challenge was the fact that, at a little over 6 600m in length, the layout at Durban Country Club meant the driver could stay in the bag and for a player who has struggled with back problems in the recent past, it’s a forgiving factor.

“I didn’t feel the back at all. It was nice to play not worrying about anything else and just play my golf.

“I’m just happy that I didn’t have to drive this week. Last year I hit so many drivers here and this week I think I hit five in total. The one big change was the back. I wasn’t comfortable going with the driver,” Oosthuizen said.

“I didn’t want the feeling, or knowing in my head, that it could hurt. I tried to take the driver out of play. Luckily it was the type of golf course that I could do it.

“Obviously it means a lot to start the season off confidence-wise and just getting a nice boost for the rest of the year.

“I just need to work hard for the next four weeks on a bit of physical training on my lower back to make sure that I don’t get niggles throughout the year,” Oosthuizen, who will head to the States for the Northern Trust Open at Riviera Golf Club starting on February 13, added. 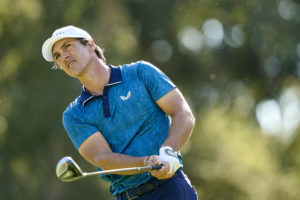 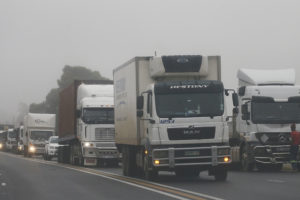