The officer screamed and ran for his life. 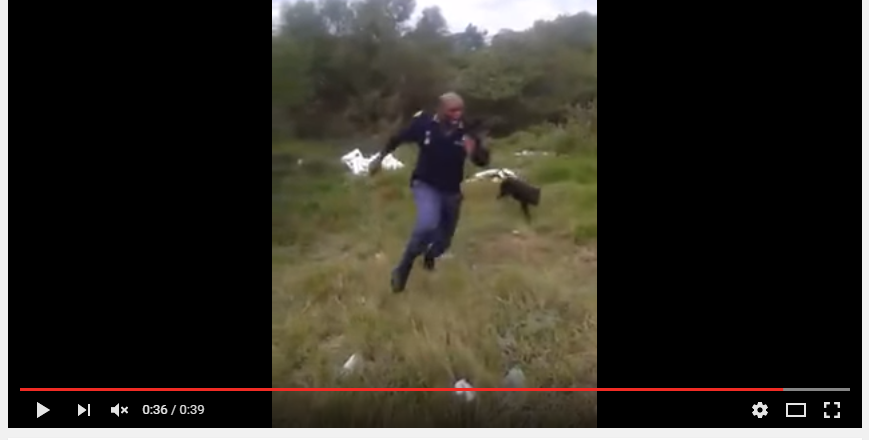 Screen-grab: The police officer running away

Hilarious video footage has caught a police officer on duty screaming in fear after a sniffer dog led him to a snake.

In the video posted on Facebook by ViralBru on Monday, the officer is seen preparing his dog for a search, the Rekord Centurion reported.

After circulating the area for a while, the dog suddenly stops, and the officer confidently walks towards it to investigate its find.

When realising the dog found a snake, the armed officer jumps and screams in fear while running for his life.

It’s unclear when and where the incident took place.