South African Davis Cup captain John-Laffnie de Jager lauded his players yesterday for their fighting spirit in their 3-2 win over minnows Monaco in their Euro-Africa Group II tie in Centurion. 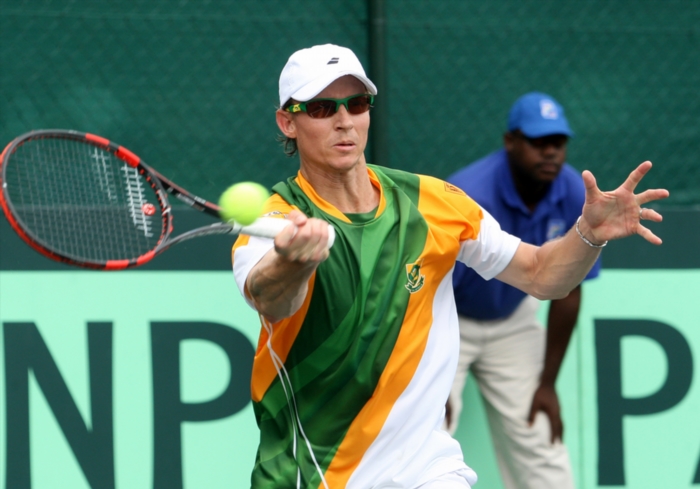 The hosts had taken an early knock on Friday when veteran Rik de Voest was stunned by Monaco debutant Romain Arneodo in the opening singles match.

However, rookie Nik Scholtz secured a shock victory over Benjamin Balleret to draw the hosts level in the second singles rubber, which was suspended overnight due to bad light.

Scholtz retired from the final singles clash, a dead rubber, due to a right hip flexor injury, after going down 5-7 in the first set.

“Rik played below par on Friday, but he really stepped up today,” De Jager said.

The non-playing captain, who will re-apply for his job this week, was pleased that De Voest was able to wrap up the tie and take the pressure off Scholtz.

“It was great that Rik won because Nik got hurt on Wednesday and he did not have a day off on Saturday because he finished his singles match in the morning.”

De Voest, playing in front of a packed home crowd at Irene Country Club, was relieved to hit back after his surprise defeat.

“I acknowledged that I didn’t play well on Friday,” De Voest said.

“So I wanted to come out and show that I could play the way I want to play, and I did that.”

South Africa will face Lithuania in a home tie in April, in the second round of the Group II division of the international team competition.