Elroy Gelant hopes to finish among the top half of the field in the men's 3 000m final in next month's IAAF World Indoor Championships in Sopot, Poland. 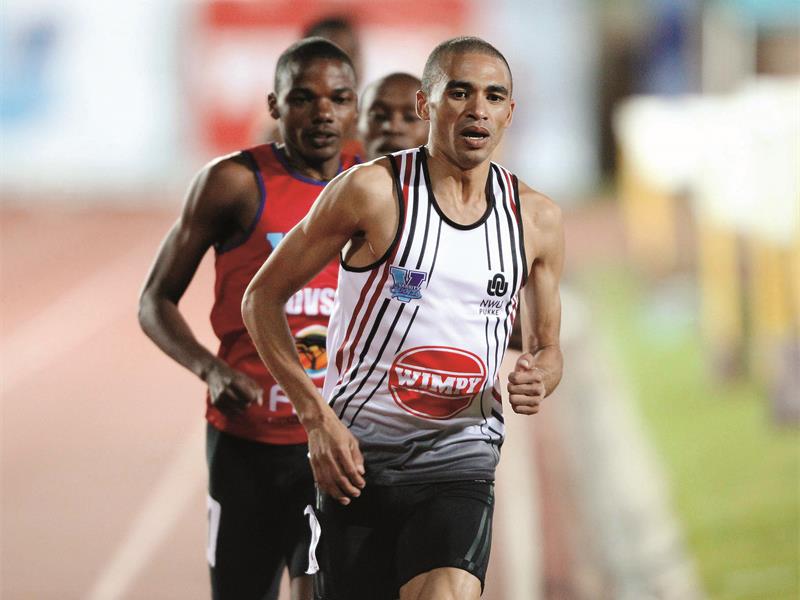 At the previous biennial spectacle in Istanbul, Gelant, right, set a personal best in the heats, and though he finished 12th in the final, he broke Juan van Deventer’s national record by clocking 7:48.64.

His current form, however, indicates a vast improvement, and he hopes that will translate into a successful return in Sopot.

“Realistically, I would say I have a chance for a top-six finish at the world indoors,” Gelant said yesterday.

The 27-year-old distance running sensation smashed his own SA record in Mondeville, France, less than two weeks ago, and he brought the mark down even further in Gent, Belgium, on Sunday.

Gelant took fourth place at the Flanders Indoor Permit meeting in 7:39.55, becoming the first South African to dip under 7:40.00, either indoors or outdoors.

He will return home today to sharpen up for the global showpiece, as well as the World Half-Marathon Championships in Copenhagen, Denmark, which will be held just three weeks after the indoor spectacle.

Gelant hopes the new found belief he has in himself will result in podium places on the international outdoor circuit this season, where he is expected to challenge for Shadrack Hoff’s 19-year-old national 5 000m record of 13:14.16.

“My current form is helping me a lot in building confidence,” he said.

“With every race I get so much needed experience, and every time I race against the Kenyans and Ethiopians it gives me a motivational spark.

“It shows me that I can compete against them for top-three finishes.”