The long-running leadership battle at Athletics South Africa (ASA) is expected to come to an end this weekend when the global governing body for the sport, the International Association of Athletics Federations (IAAF), arrives in the country. 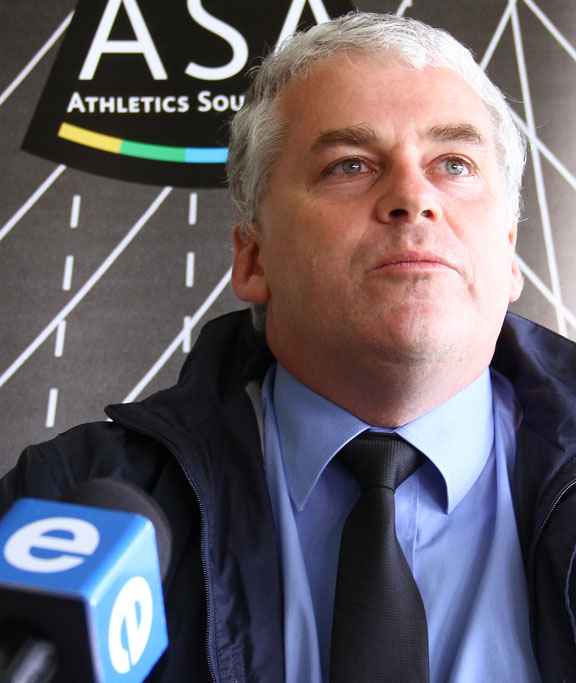 Embattled ASA president James Evans confirmed yesterday that an IAAF delegation led by senior employee Cheikh Thiare would meet with the national federation’s feuding administrators at a general meeting in Johannesburg on Sunday.

“The only item on the agenda is how to find a solution to the present crisis within the IAAF and ASA constitutions,” Evans told ASA members yesterday.

In a letter to Evans yesterday, Thiare confirmed he would arrive in South Africa on Saturday and requested a general meeting “open to all members, without any restriction whatsoever”.

The mail was sent to Evans, Sports Minister Fikile Mbalula, Sascoc president Gideon Sam, former IOC executive member Sam Ramsamy, who had been requested to help the IAAF get to the bottom of the conflict, and ASA interim board member Harold Adams.

The IAAF has previously confirmed it still recognised Evans as the ASA president, despite an attempt to remove his entire executive at the federation’s annual general meeting in November, as approval had not been given by the global body in advance.

Sascoc, meanwhile, supported the interim board, lifting its suspension of the federation after the interim leadership was appointed. The feud reached boiling point last week when the Confederation of African Athletics Southern Region called off the regional cross country championships in Potchefstroom due to the conflict between ASA administrators.