Manager Jean Verster has warned the South African team to show caution in the early rounds of their events, as the country looks to end its four-year drought at the IAAF World Indoor Championships in Sopot, Poland, this weekend. 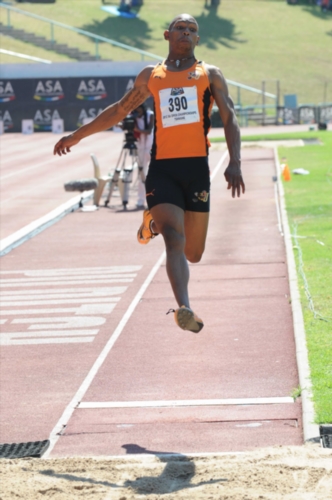 FILE PIC. Zarck Visser during the SA Open Championships from Pilditch Stadium on May 04, 2012 in Pretoria, South Africa.Photo by Lee Warren / Gallo Images

“Anything can happen, especially in an indoor competition, so my advice to the team is to do the basics first,” Verster said yesterday ahead of the squad’s departure.

“If you look too far ahead and focus on later rounds it becomes easy to make a mistake and miss the final.”

While South Africa was unable to step onto the podium in Istanbul two years ago, Verster was pleased with the current form of the six-member squad.

“He had a good series of jumps, which is promising. If he can repeat the kind of shape he showed last week, with a bit of luck he’ll be in with a shout for a medal,” Verster said.

Elroy Gelant has twice broken the SA indoor 3 000m record this season, setting an impressive new mark of 7:39.55 in Gent last month, and 800m specialist Andre Olivier bounced back from a lengthy injury hiatus when he clocked 1:44.99 in Birmingham two weeks ago in his first ever indoor race.

While sprint sensation Anaso Jobodwana was initially included in the squad, Athletics South Africa high performance co-ordinator Hezekiel Sepeng confirmed he had since made himself unavailable.

“We communicated with him and he told us had picked up a slight injury,” Sepeng said.