It was later found the vehicle had apparently hit the dog and it unfortunately died. 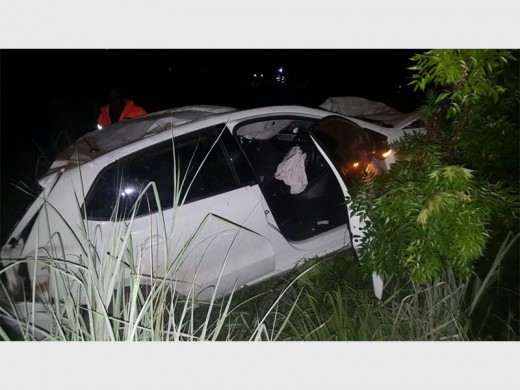 A driver nearly lost his life on New Year’s Day when his vehicle rolled after he apparently tried to avoid hitting a dog running across the R512 highway.

Emer-G-Med as well as City of Johannesburg Emergency Services responded to the callout and found the vehicle on a steep embankment about 40 metres from the road surface.

The driver, who was the only occupant of the vehicle, sustained moderate injuries. Paramedics applied advanced life support interventions to prepare him to be transported to a nearby hospital by Emer-G-Med.

It was later found that the vehicle had apparently hit the dog and it unfortunately died.

Johannesburg Metro Police were on scene to conduct further investigations.