Paramedics found the biker lying on the road and the driver of the SUV wandering around the scene. 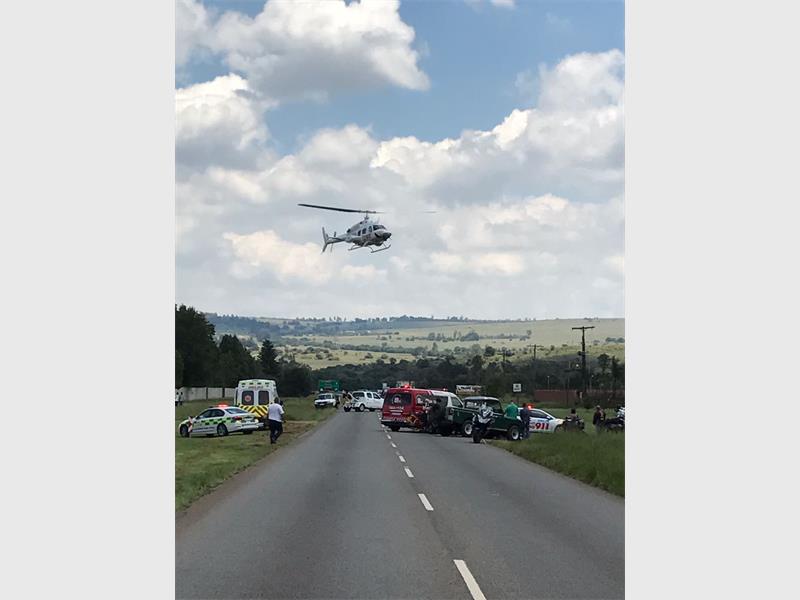 The scene on the R563 were a motorcycle T-boned an SUV that had turned in front it. Photo: ER24

A 51-year-old biker was left in a critical condition after his motorcycle had crashed into an SUV on the R563, Hekpoort Road, near the Cradle of Humankind.

According to a statement by ER24, it is believed the SUV turned in front of the motorcyclist, who was unable to swerve in time to prevent T-boning the SUV, on Sunday, Krugersdorp News reported.

ER24 paramedics found the two vehicles in the middle of the road.

The biker was lying on the road, and the driver of the SUV was wandering around the scene.

Paramedics assessed the biker and found that he had sustained numerous critical injuries. They administered advanced life support interventions and stabilised his vital signs.

Once treated and stabilised, the man was airlifted by a private medical helicopter to a hospital in Johannesburg for urgent medical attention.

The driver of the SUV was also assessed on scene, and it was found that he had not sustained any injuries. Local authorities were on scene for further investigations.