It is alleged the victim had diamonds in his boot. 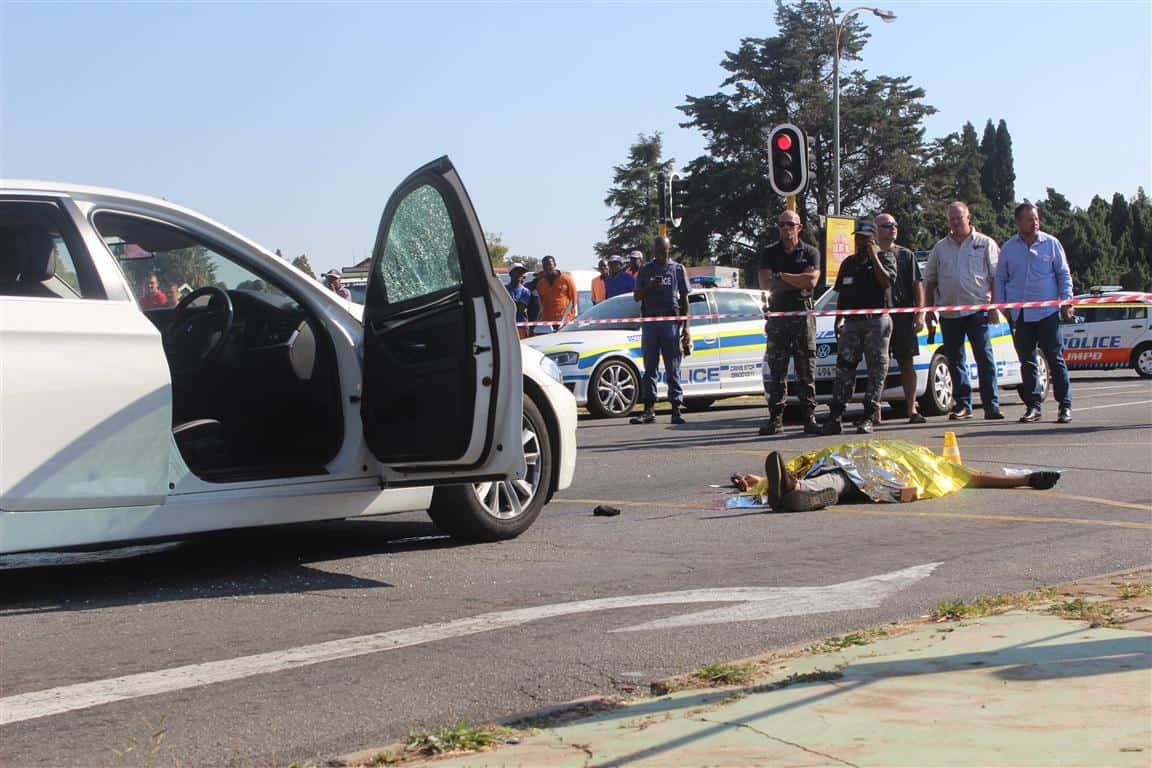 One suspect was shot dead in an attempted hijacking on April 5, 2017. Photos: Sonwabile Antonie

Police are still investigating the scene in Horison, West Rand, where a man in his 30s was shot dead during an alleged attempted hijacking this morning (5 April), Roodepoort Record reports.

The incident took place on the corner of Mouton and Ontdekkers roads.

According to provincial spokesperson Captain Kay Makhubela, an unknown number of men in two vehicles were following a white BMW light-motor vehicle on Mouton Road, towards Ontdekkers. When the BMW stopped at the traffic light, the men sprang into action.

“They jumped out of their vehicles and started searching the BMW. Meanwhile, four police officers who were nearby were alerted to the incident. Shots were exchanged between the officers and the attackers who were trying to get away. At this stage we are not clear as to what the suspects took from the vehicle, as we are still investigating,” he said.

The victim allegedly had diamonds in the boot of his car, which is suspected to be the reason for being targeted by the attackers.

ER24 paramedics found the body of the suspected hijacker lying in front of the BMW. The man showed no signs of life and was declared dead. 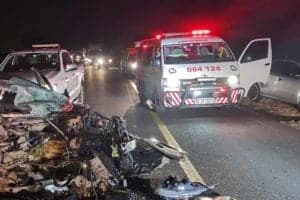 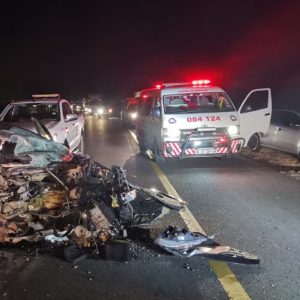 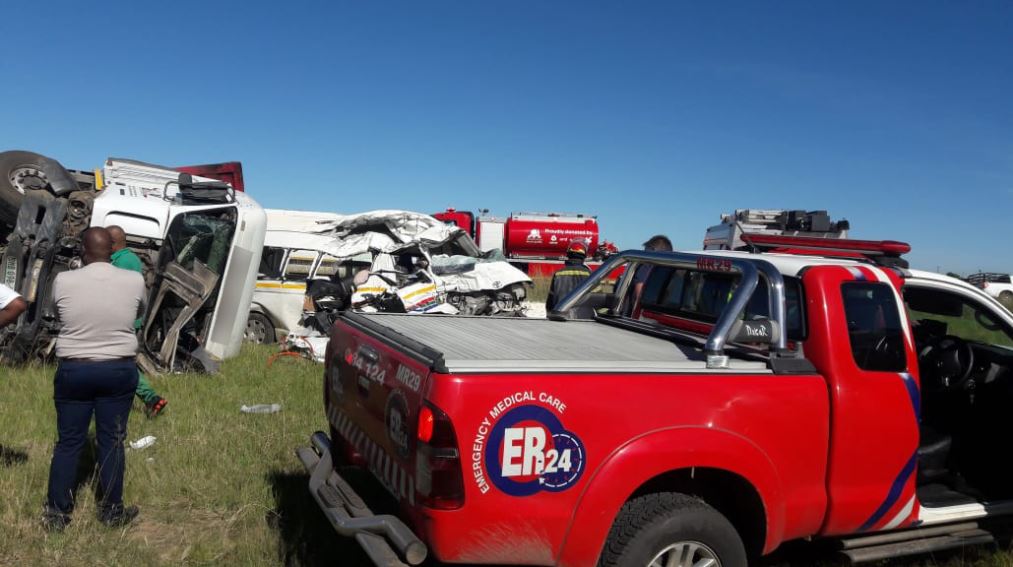 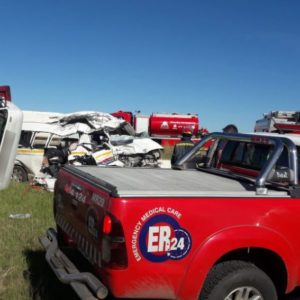