This after seven female commuters have come forward alleging they were raped by armed men in Johannesburg last month. 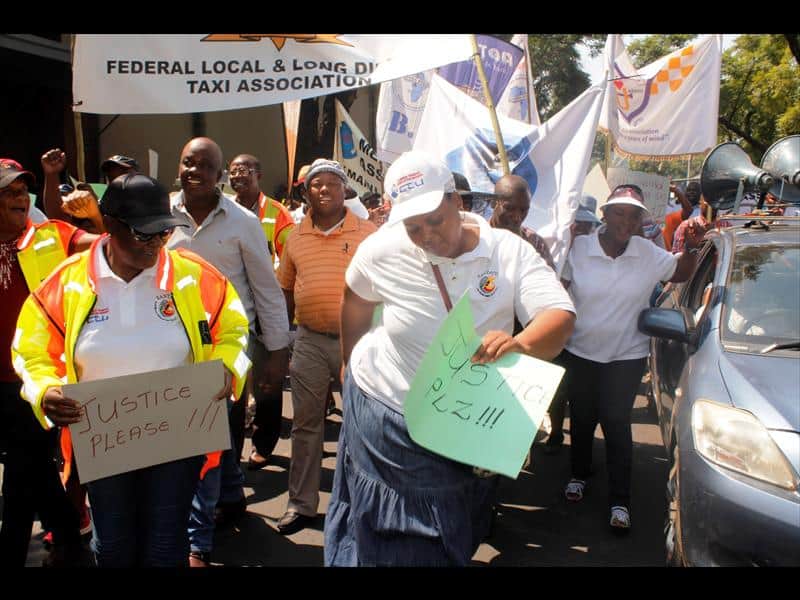 Protesters in Pretoria took to the streets on Tuesday against the rape and abuse of female taxi passengers.

This after seven female commuters came forward alleging they were raped by armed men in Johannesburg last month.

The SA National Taxi Council (Santaco) and other Pretoria-based taxi associations marched across the city, calling on taxi drivers and men to speak out against these atrocities, Rekord East reported.

Last month, a Johannesburg mother was raped in front of her 10-year-old son.

The woman had boarded a minibus taxi on Ontdekkers Road when she was attacked.

The men, believed to be taxi drivers, took her credit card and forced her to reveal her pin.

“The Johannesburg incident really shocked us as taxi owners and members of different associations,” said Mahlangu.

“Drivers will be severely punished by us, and the police if they are found to have violated or abused female commuters.”

Mahlangu said the taxi associations in Pretoria were working with community police forums and the SAPS to stop these rapes from happening.

“We have people patrolling our streets to help commuters who have to catch taxis very early in the morning or late at night at places that have been marked as danger zones.”

Mahlangu said the police and taxi associations as well as the metro were working towards keeping women safe from any abuse.

“Not in our name shall such evil acts be committed.”

MMC for roads and transport Sheila Lynn Senkubuge said: “We have partnered with Santaco and the local taxi associations to spread a message to our drivers that they need to protect commuters, especially female commuters.”

Senkubuge said she saw how women were subjected to abuse at the hands of drivers who were meant to transport them home safely.

“We won’t allow a group of bad taxi drivers to ruin the name of those who are not responsible. We will have those who commit these crimes jailed.”

Tsebe said he was thankful for the metro’s involvement in fighting taxi abuse and rape. B.1.1.529 variant: Dirco says UK govt rushed decision to place SA on its red list
7 hours ago
7 hours ago

B.1.1.529 variant: Dirco says UK govt rushed decision to place SA on its red list
7 hours ago
7 hours ago