The man was bitten by the dog while selling ice-cream to the owner. 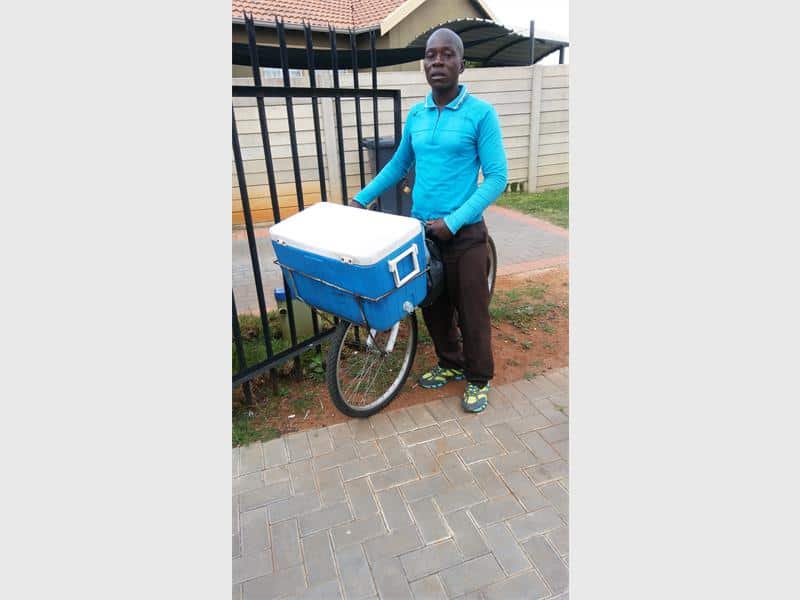 MOSES Ramoshaba (38) has been selling ice-cream around Kempton Park since 1999.

Investigations are ongoing after a woman’s dog allegedly attacked and injured an ice-cream vendor in Terenure West, Kempton Park, Ekurhuleni.

Moses Ramoshaba, 38, who has been selling ice-cream in the area since 1999, was bitten by the woman’s dog while selling ice-cream on Bloekomdraai Street in Terenure West on last month, the Kempton Express reports.

As a result of his injuries Ramoshaba, who lives in Kaalfontein, was unable to work for two weeks.

“In all my years of selling ice-cream around Kempton, I have never been bitten by dogs. This was the first time ever,” Ramoshaba said.

Kempton police officer Const Tereza Xitshembiso Makhubele was so deeply touched by the story that she contacted the Express about it.

Ramoshaba informed her about the incident a week after it occurred, as they know each other because he also sells around Terenure. The dog pounced on Ramoshaba and bit him on both his legs.

“What happened to him is really not fair and is very cruel. The poor man wakes up every day and rides his bicycle all the way from Kaalfontein to make a living for himself,” Makhubele said with disapproval.

Makhubele retold the story of how the attack unfolded.

“According to Ntate Moshe, the owner of the dog stopped him and said she wanted to buy some ice-cream,” she said.

Ramoshaba confirmed the incident, saying the woman (the owner of the dog) then went back inside the house to get some money, leaving her gate open.

“I asked her not to leave the gate open because I was afraid that the dog would come out and bite me,” Ramoshaba said.

The woman insisted it would not bite and left the gate open. But the dog did come out and pounced on him.

“I tried to fight the dog off but it pushed me and I fell to the ground,” said Ramoshaba.

Neighbours and passers-by jumped in to help him but the dog owner, Makhubele said, just walked back into the house.

Moshe was bitten on both his legs and taken to Tembisa Hospital for treatment.

“He couldn’t work for two weeks after that and couldn’t even go and open a case,” Makhubele said.

When he was better, Makhubele was able to accompany him to Norkem Police Station where a case of keeping a vicious dog was opened.

Ramoshaba is better now but is still going for check-ups and getting injections.

After the incident, the woman gave Ramoshaba her number and said he should call her if he needed help.

“I called her the day after the incident and she said she would give me R100. I told her that was not enough for hospital bills and transport. I didn’t have money because I could not sell ice-cream.”

Ramoshaba tried going to her house but she was not there, even after he called and confirmed with her he was on his way.

The dog owner was called various times but her number went straight to voicemail.

He also said the owner of the dog was visited at her residential address several times but was not at home so the police couldn’t get a statement from her.

“The docket will now be taken to the senior prosecutor at the Kempton Park Magistrate’s Court to decide on the matter,” Molokomme said.