The other driver sustained no injuries. 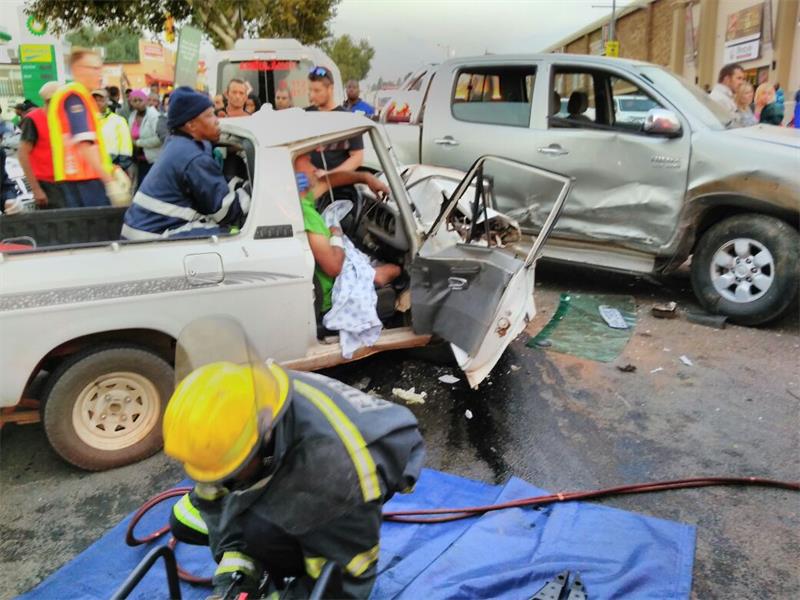 Firefighters needed to use the Jaws of Life to free a man trapped in his vehicle after a T-bone collision. Photo: Help24

One person was left in a critical condition after two vehicles collided on the R24 near the intersection with Jenning Street, in Magaliesburg, yesterday late afternoon on the West Rand, Krugersdorp News reports.

The victim was allegedly travelling on the R24 in his Nissan bakkie when the driver of a Toyota bakkie cut in front of him, causing a T-bone collision. 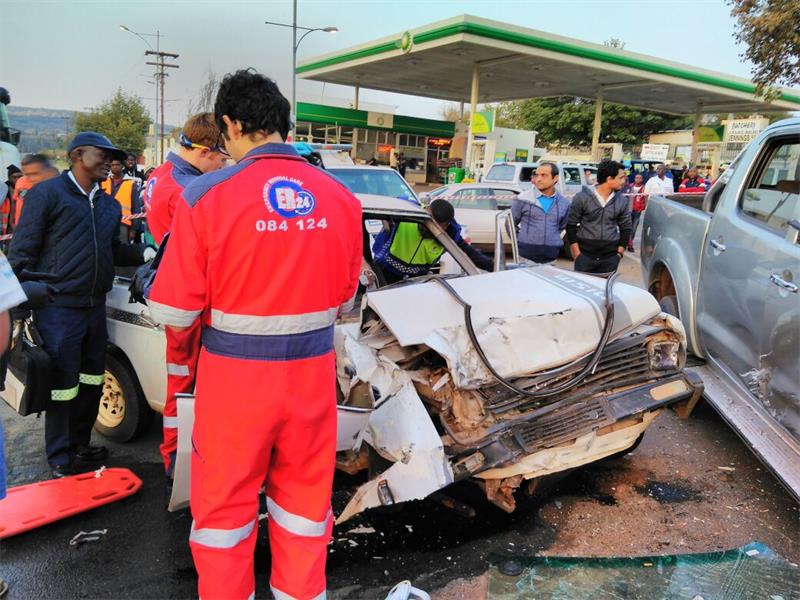 West Rand District Fire and Rescue services used the Jaws of Life to free the man from his metal trap.

Various emergency services and paramedics worked alongside each other to treat the patient who had sustained thigh-bone and shin fractures. He was transported to a hospital in Randfontein.

The other driver had no injuries.

Scrapped or not, South Africans will pay for e-tolls, says Fikile Mbalula
13 hours ago
13 hours ago

Scrapped or not, South Africans will pay for e-tolls, says Fikile Mbalula
13 hours ago
13 hours ago