The spotlight will fall on the middleweight division at EFC Africa 28 tonight as Garreth McLellan, right, puts his title on the line against challenger JP Kruger. 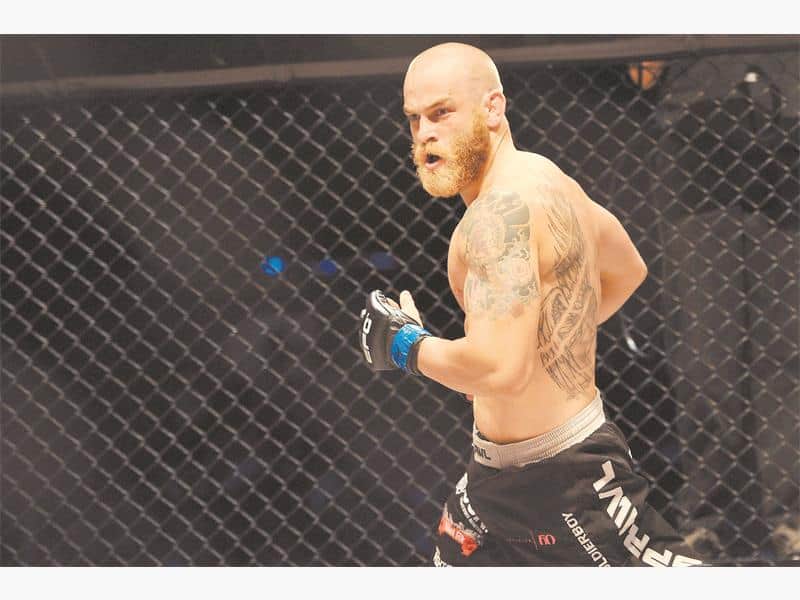 The two will headline the card at the Coca-Cola Dome in what promises to be an exciting clash.

McLellan, right, was all business at yesterday’s weigh-in as he kept his game face on while Kruger was his usual relaxed self.

It’s the biggest test of Kruger’s career, having earned his shot by submitting Tumelo Maputha in his last outing and he’ll face a massive task against “Soldierboy” who has vowed to fight to the end to hang onto the crown he recently regained.

McLellan, with a fight record of 10-2, admits that his outlook has changed since he got married and that it’s been a major contributor to the shape he is in on the eve of his title defence.

“I’ve changed a lot of things in my personal life and in my training and it’s made me a much more complete fighter,” McLellan said.

“It’s made me a lot more relaxed and calm and given me the emotions I need to to deal with things on a daily basis.

“It’s created the perfect package and I’m very excited about what I can produce,” he added.

The event also marks the return of Norman Wessels as he takes on Chris du Pont in a light-heavyweight clash. The organisation’s former heavyweight champion has been forced to sit out the better part of two years due to a blood illness, but is back and raring to go against a fighter whose chin has been questioned before.

There’s also the EFC debut of the highly-rated Irshaad Sayed as he takes on former title contender Leo Gloss in a bantamweight bout. Sayed, who was born in South Africa, but is based in Singapore, has made waves on the mixed martial arts circuit in Asia and will be looking to prove a point against an experienced campaigner.

Heavyweights Vandam Mbuyi and Brendon Groenewald meet in a rematch after their controversial bout at EFC27 last month while Bernardo Mikixi and Christophe Walravens will face off in the evening’s other battle of the big bruisers.