The robbers dropped the cash box as they ran off. 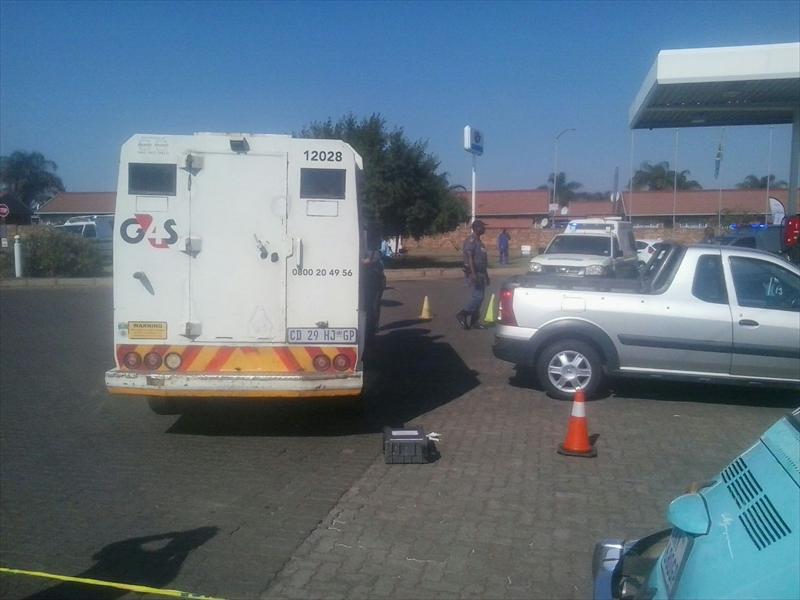 The robbers went to great lengths hatching the strategy to get some money but when the bullets started to fly, they dropped their loot and ran.

An eyewitness, Mark Buyvesteyn, said the two men entered a service station pretending to buy refreshments before they tried to rob a cash van collect money from the service station.

“As the cash van guard came out the office with the cash, one guy grabbed his arms from behind and the other guy hit him on the side of the head and grabbed the cash out of his hands and they ran to a white getaway car firing three shots as they got away,” said Buyvesteyn.

Buyvesteyn said the men dropped the cash box as they ducked the bullets.

“It’s not clear what they got away with but they dropped the box next to the van as they fled. The staff is receiving counselling for shock,” said Buyvesteyn.