The suspects had car jamming devices too. 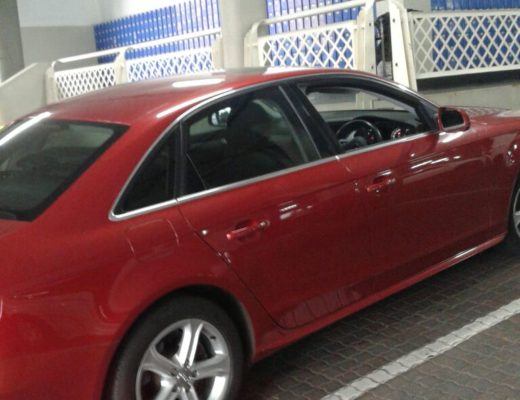 The stolen vehicle parked in the basement parking of Killarney Mall.

According to Sergeant Zondo, spokesperson for Hillbrow police station, two suspects pretended to be interested in purchasing a car at a dealership in the South of Johannesburg, Rosebank Killarney Gazette reports.

The salesman had the keys to the vehicle in order to showcase the vehicle to whom he thought were potential clients then the suspects grabbed the keys from him and made off with the vehicle.

They proceeded to Killarney Mall and parked the car in the basement parking.

The police helicopter was then alerted and the suspects were approached by officers from the Johannesburg North Trio Cluster.

“The two suspects tried to escape on foot and the officers gave chase,” explained Zondo.

The suspects were apprehended and two unlicensed firearms, as well as a car jamming device, were found in their possession. The suspects are believed to be in their late 30s and are held at the Hillbrow Police Station.