The woman’s husband, who arrived shortly after the incident, collapsed at the scene and was treated by Netcare paramedics. 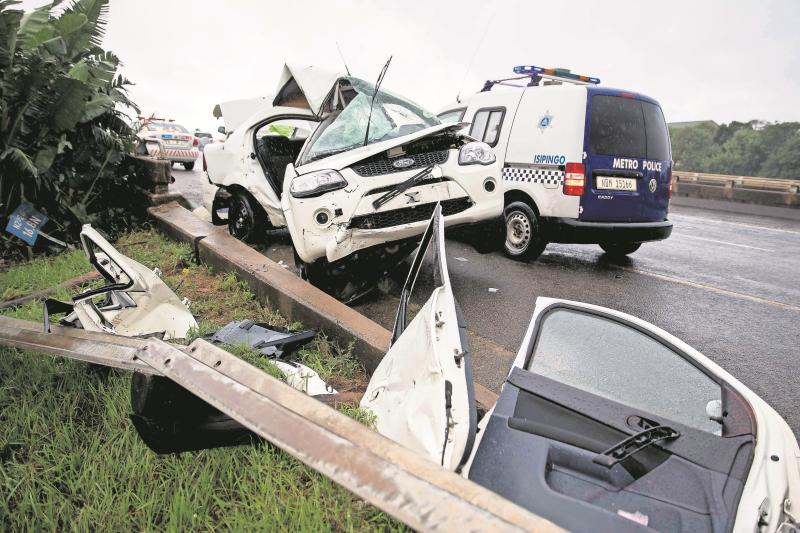 The accident that claimed the life of the 29-year-old nurse.

A 29-year-old nurse was killed in a car accident while on her way to work  on the N2 northbound at Doonside, Durban, on Monday.

Chris Botha from Netcare 911 said it appeared the motorist lost control in the wet weather and slammed sideways into the concrete bridge, South Coast Sun reported.

“She was declared dead at the scene by another paramedic service,” he said.

The woman’s husband, who arrived shortly after the incident, collapsed at the scene and was treated by Netcare paramedics before being transported to hospital.

Netcare 911 paramedic has attended to several accidents in Durban this morning in the wet weather, leaving more than 20 injured and one dead.

Paramedics appeal to motorists to slow down, increase their following distance, and keep their car headlights on.

“Beware of areas of the road that are waterlogged, as this can cause you to lose control when driving at high speeds. Rather drive slowly and get to your destination than becoming another tragic statistic on our roads,” added Botha.