Spaceships. Missiles. Racing. Pretty art. Sound like a game you’d enjoy? Then here’s something you can literally throw money at. 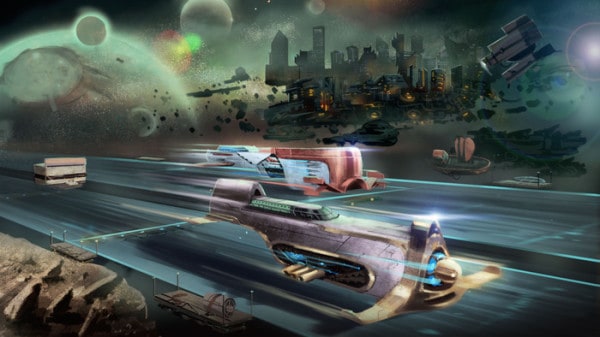 Fuzzy Logic are best known for their augmented-reality games (that frequently win awards) and their soccer puzzle game Soccer Moves, which was the number one mobile game in over 41 countries for a while. The Fuzzy Logic team is made of gaming industry veterans that have worked on games such as Split/Second, Disney Universe, Championship Manager and Final Armada.

Titan Run is intended to be a 3D side-scrolling racing game with spaceships, guns, missiles and an impressive art style to match.

As of this writing, the campaign is looking a little dismal, having only raised £418 out of the set target of £115,000 with 21 days remaining. If the game does get funded, it’ll be coming to iOS, Android and PC, but with no announced release date as of yet.

Titan Run does look intriguing, especially for a mobile game. Let’s hope Fuzzy Logic can find a way to make the game even if the Kickstarter campaign ends poorly.