Narcotics affect everyone as dealers and users live in communities, says mayor. 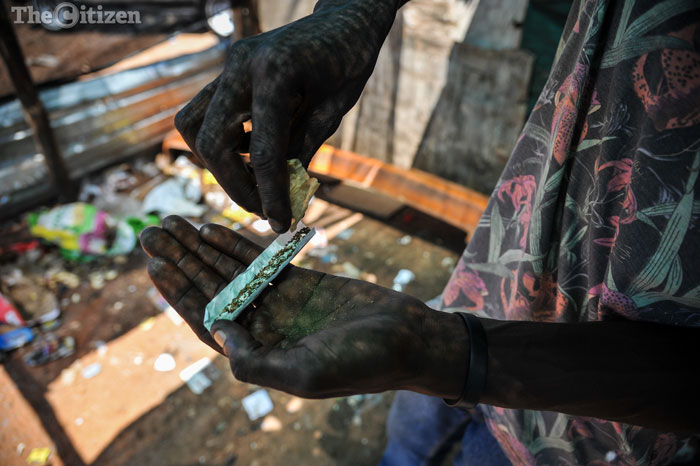 An anonymous Nyaope addict is seen rolling a marijuana joint laced with the white Nyaope powder, 7 March 2017, in Soshanguve, where 250 Nyaope addict had left the rehab they were taken to due to the apparent lack of resources. Picture: Jacques Nelles

The City of Tshwane has allocated R40 million in the 2017/18 financial year for the implementation of interventions in the fight against substance abuse.

MMC for community safety Derrick Kissoonduth said more stringent monitoring and evaluation mechanisms would be put in place to ensure that public resources were used for what they were intended.

He said the war on substance abuse and related crimes in Tshwane was an ongoing campaign that had grabbed the DA-led administration’s attention since it took office in August 2016.

“And now, with a dedicated Tshwane Metro Police Department (TMPD) antidrug unit, the city can report that it has, to date, made tremendous progress in the fight against drugs by conducting search operations and arresting perpetrators,” Kissoonduth said.

He said the city was looking to pilot a smart city concept, including face-detecting cameras.

“Other plans include identifying buildings owned by the state that can be renovated and used as rehabilitation centres and to equip local clinics to deal with drug and substance users.

“A budget allocation of R2 billion has been made for the TMPD to give effect to all our crime-fighting agenda.

“The department will continue to upscale the drug-bust operations without fear or favour,” Kissoonduth said.

Executive mayor Solly Msimanga said the city had put all its efforts towards a multipronged plan to enforce the law, educate communities on the dangers of using and dealing in drugs and to bring to book those who were found on the wrong side of the law.

“We are duty-bound to get lawless persons off our streets. It is, therefore, critical that we do not just pay lip service, but do the actual work and arrest the peddlers.

“The city recently held workshops and awareness campaigns to teach our communities how to deal with this phenomenon as drugs affect us all, as manufacturers, dealers and users live in our communities,” Msimanga added.

The workshops were aimed at finding ways to counter the supply of, and harm caused by, the abuse of drugs and other substances.

Workshops resolved that the following interventions will take place, focusing on five pillars: