Pick up the spear and fight, says Malema

He says the ANC 'can go to hell' and the youth should battle in the streets to get rid of the ruling party. 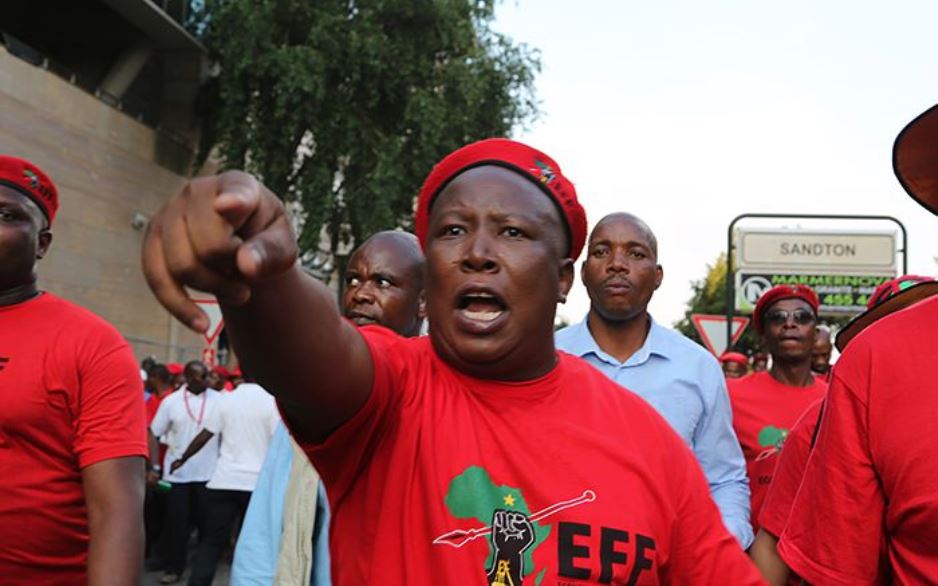 Today’s young people are going to have to fight in the streets to get rid of the corrupt ANC and “white arrogance”, just as protesters did in 1976 to help overthrow apartheid, says Julius Malema.

The Economic Freedom Fighters leader told thousands of supporters at a Youth Day rally in Boipatong: “We are here to pick up the spear and continue the fight. We must be inspired by the youth of 1976. Our parents are folding their arms just like the 1976 parents. When we talk, they say we are being disrespectful. If the 1976 youth had listened to their parents, we wouldn’t be here today. Once you feel aggrieved, stand up and take a stand as inspired by the 1976 youth.”

Malema encouraged young people to fight corruption, saying they did not need permission from their parents. The EFF was not ashamed of community-led protests over lack of service delivery.

He urged the youth to stand up and say: “We are going to fight.”

But when it came to disciplining its leaders, the ANC had much to learn from the DA, he said.

“The ANC has never done what the DA did to Helen Zille; they never said to Zuma: come and sit here, small boy, because the ANC is bigger than you, you sit here and say I’m sorry.”

He said: “The ANC can go to hell, and we don’t care about them.”

Malema said he was not desperate to be the president of the country, adding he would not engage in desperate moves to get EFF votes.

If he was desperate for power, he would be the mayor of Johannesburg today.

“I would have said to the DA, take over Tshwane and I will take over Johannesburg, but that is not power for me,” he said.

Malema said he did not care how long it took the EFF to eventually get into power.

It took the ANC many years before taking over in 1994 – but the EFF did not take a long time to get into parliament.

“Whether you like it or not, the EFF is in charge of South African politics and we are here to stay and we are going to trouble them.”

Malema did not mince his words when he turned his attention to land, reiterating his previous statements that people must “occupy” it.

“Paul Mashatile (Gauteng human settlements MEC) said you must not occupy the land, but I’m saying to you take the land because it belongs to you.

“If the police are sent to you while you are protesting, run away, but come back because the day will come when they get tired and then we will settle forever … that land belongs to us and must be occupied by us. I’m fighting for the land that black people were killed for.” – stevent@citizen.co.za