The man was cuffed and strung up by his wrists from a metal pole suspended in the air between two police vans. 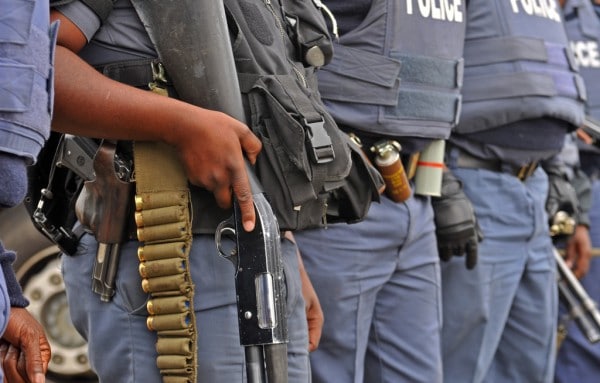 The police minister has been declared liable for the damages suffered by a Limpopo man, who still bears the physical and emotional scars after being tortured by the police three years ago.

Acting Judge Tshepo Sibeko ruled that the minister must compensate Raymond Mashele, of Tiyani Village in Limpopo, for his ordeal at the hands of the Makhado police in 2014. The amount of damages still has to be determined.

Mashele instituted a R4.2 million damages claim after members of the Makhado police station arrested him in connection with a theft charge, took him to a desolate area and severely tortured him.

The torture included being cuffed by his hands and feet and strung up by his wrists from a metal pole suspended in the air between two police vans and a black plastic bag being placed over his head and twisted tightly while he was being assaulted with his shoe.

Mashele said he was petrified and crying hysterically as the police had threatened to throw him into a dam or to take him up the mountain and kill him.

He was bleeding from his wrists, forearms and ankles and was struggling to breathe, but the police ignored his repeated requests for medical treatment and left him bleeding in a cold, dark cell after the assaults.

He was later granted bail, but was detained for another two weeks in the same police cells, because his family could not raise bail.

According to Mashele, he was threatened with immediate arrest when he tried to open a case of assault.

The charges were dropped against him a month later after fingerprint analysis excluded him.

His counsel argued that Mashele still carried the scars on his wrists, arms and ankles as a constant reminder of the horror and now lived in a state of trauma and fear.

He deeply distrusted the police and was paralysed with fear when he saw a police van or officer. He struggled to sleep and had recurring nightmares about his torture.

He also battled to keep a job as a manual labourer, because of severe swelling of his right hand.