Knives out over Zille lawyer fees

BLF objects to state attorney acting for Zille in Equality Court case of tweets made in her personal capacity. 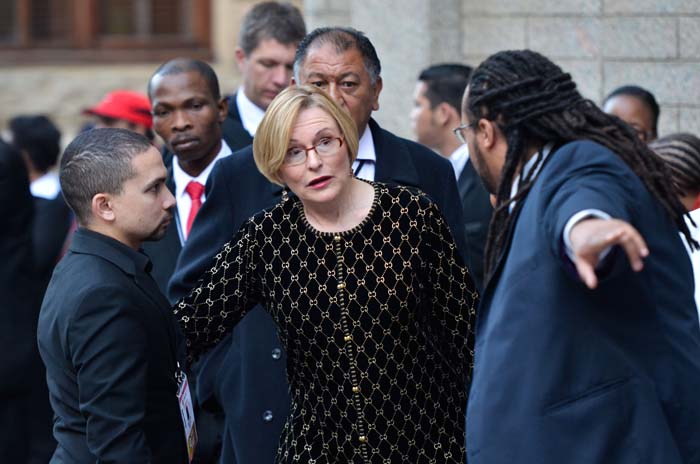 The Black First Land First (BLF) movement has laid a complaint against Helen Zille with the public protector for alleged abuse of public funds to defend herself in the Equality Court.

The former Democratic Alliance leader has been taken to the Equality Court for her tweets about colonialism, which angered many South Africans. That complaint was also laid by the BLF, which accused Zille of “insulting blacks”.

But BLF leader Andile Mngxitama argued the tweets were posted in her personal capacity, not as the premier, yet she “has sought legal help from a state attorney”.

Asked why the provincial government was paying the premier’s legal costs, Mpofu said: “The issue is simple. The claim has been brought against the premier of the Western Cape.”

Mpofu said they were not aware of the public protector’s probe, but they would cooperate with her office.

The matter has been postponed to August 24.

Mpofu said The Citizen should scrutinise the BLF’s motives for allegedly chanting “one settler one bullet” at the end of court proceedings on Monday, adding: “It is also common knowledge that the BLF, in turn, is a front for the Guptas who are desperate for any diversion from the mass looting of the state featuring daily in the headlines.” – vicky@citizen.co.za