The owner of the dog says when he reported the matter to the police, they laughed at him. 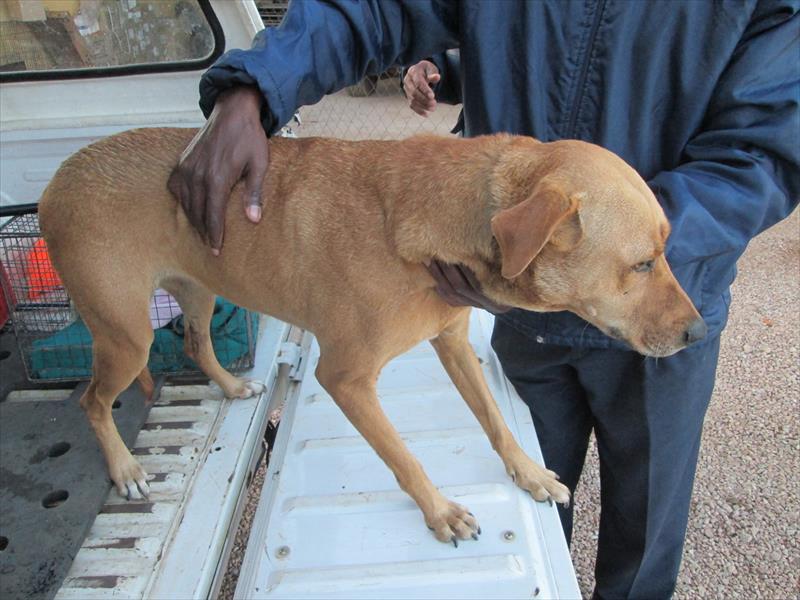 Dog that was raped in Mamelodi.

Mamelodi police in Pretoria were on Monday still searching for a man said to have raped a dog in a toilet last month, Pretoria East Rekord reports.

The man fled on 11 June after being spotted by neighbours committing bestiality in Extension 11, Mamelodi East, the previous night.

Eyewitness Andile Mabela said he was arriving home from working nightshift when a boy alerted him to a dog noise in the toilet.

He told the police that when he investigated he saw the hindlegs of the dog.

“When I opened the door, I saw a man holding the dog.”

Mabela confronted the man, who closed the door claiming he was searching for keys to his home.

Mabela said he called his brother to have a second witness, but the man dropped the dog and ran.

“The distraught animal was in pain and could not walk. The owner of the dog later reported the matter to the police who were not helpful. They laughed at us when we told them what happened,” he said.

SPCA inspector Andrew Kekana said the dog appeared to be in pain and was bleeding.

“It was taken to Tshwane SPCA veterinarian for observation and treatment.

“He said test results would be given to the police.

“A charge of bestiality was laid by the owner at Mamelodi East police station, and as SPCA, we added charges of cruelty to animals,” said Kekana.

He said the dog died the following day.