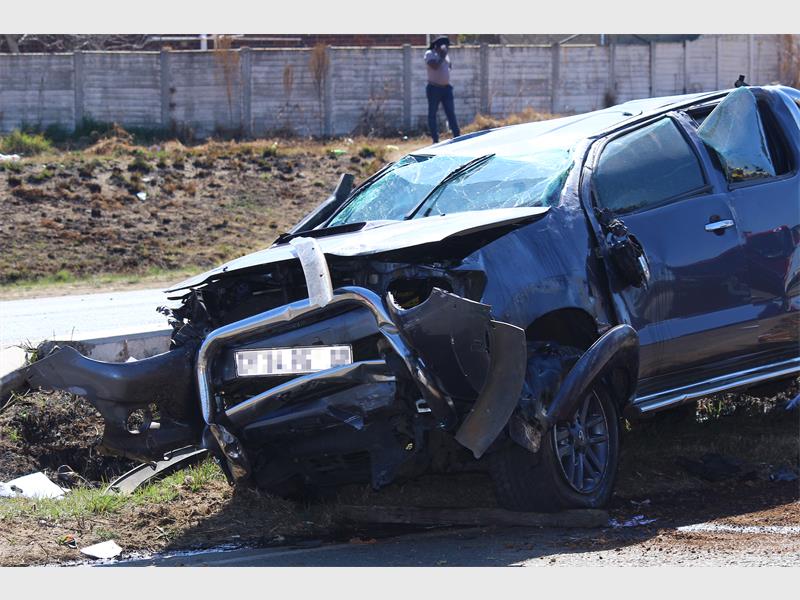 The bakkie involved in the crash.

Two people sustained moderate injuries during a collision at the intersection of Shaft Street and the R28 yesterday noon today, August 7 in West Village, on the West Rand, Krugersdorp News reports.

It is believed the driver of a Toyota Hilux bakkie pulled away from the intersection while driving next to a truck.

Paramedics were called to scene soon after the crash. Both the drivers sustained moderate injuries, and were transported to hospital. 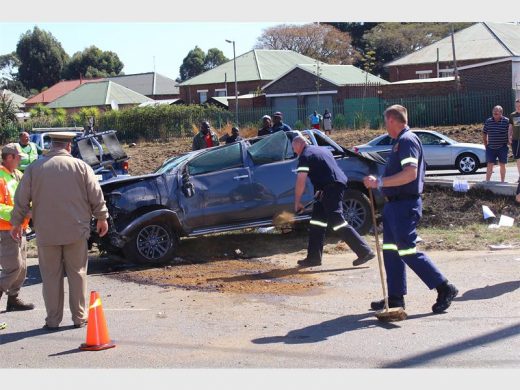 The West Rand District Fire and Rescue team was on scene and covered the liquid spillage with sand.

West Village Neighborhood Watch barricaded the road to prevent secondary collisions from happening. They regulated traffic as the right lane had obstructions, and was closed off to traffic.

The West Rand District Fire and Rescue team was on scene and covered the liquid spillage with sand. They also cleaned debris from the road. 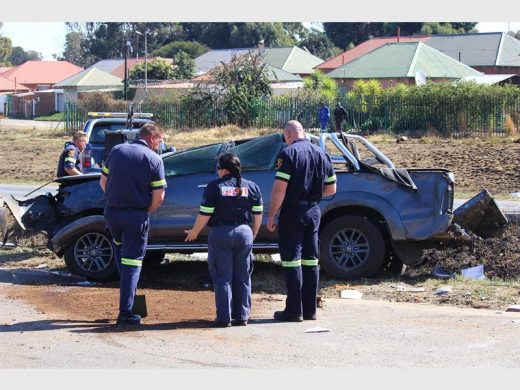 A female paramedic and two firemen next to one of the vehicles involved in the crash.

Five people including a baby killed in R536 accident