Ramaala warns: I’m not finished yet

Veteran distance runner Hendrick Ramaala has fired a warning at his younger opponents, insisting he has at least three more seasons of hard racing left in his legs. 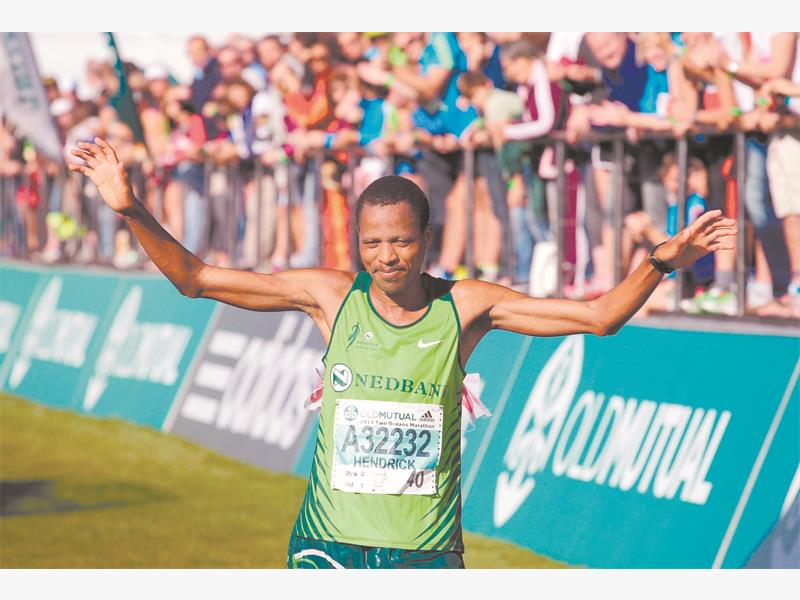 Ramaala finished second in the 56km Two Oceans road race in Cape Town on Saturday, fighting back in the closing stages to cross the line in 3:11:33 in his ultra-marathon debut.

The only South African runner to finish in the top five, he was less than two minutes behind Lebenya Nkoka of Lesotho, who broke clear with less than 8km remaining to secure victory in 3:09:52.

And 10 years after he won the New York Marathon the 42-year-old athlete believes he can still put up a challenge over shorter distances, with no immediate plans to make a permanent move to ultra events.

“Next year I want to run the marathon at the World Championships and I want to go to the Rio Olympics in 2016,” he said.

“I think I still have the leg speed to be competitive. The youngsters must watch out.”

He is targeting a major global marathon later this year, and if he cannot gain entry into the New York or Chicago events, he hopes to compete in the Cape Town Marathon in September.

If he does turn out in the Mother City, it will be his first 42km race on home soil.

While he is not yet ready to focus exclusively on ultras, however, if title sponsors Old Mutual offer a R1 million record bonus again next year, he could return to the Two Oceans in 2015.

“I might come back next season but I need more training,” he said.

“I didn’t do enough mileage in preparation for the race.

“I struggled after 42km, and my body felt weak, but with more training I know I can do better.”

Nina Podnebesnova of Russia won the women’s race in 3:40:07, outclassing Shitaye Gemechu Debellu of Ethiopia, who faded in the closing stages to settle for second place, more than three minutes off the pace.

Paulina Njeya, fifth in 3:50:48, was the first South African woman home, as the race was again dominated by the foreign contingent, with four local men and only two SA women among the gold medallists.