The baboon shocked locals, and seemed to think it owned the town. 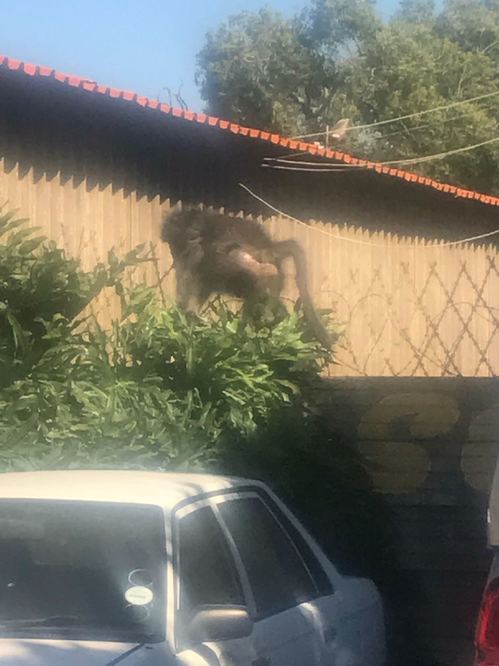 The male primate, at least a metre in size, was seen by a few residents near a bar on Second Street.

Tommy Scheepers, a resident, said: “It was huge, we couldn’t believe it. I just laughed when we saw it, I have never seen anything like that in my life. Some guy was chasing it in the street and then it ran up a tree near us. It sat there for almost an hour-and-a-half before it made its way into the nearby greenbelt.”

Baboons are terrestrial (ground-dwelling), and are found in open savannah, open woodland and hills across Africa.

They are foragers and are active at irregular times throughout the day and night. They can raid human dwellings, and in South Africa, they have been known to prey on sheep and goats.

While many feel the baboon may have been encroaching and posing a threat to locals, it seemed to think it owned the town.

“He walked around like he was a local, like he owned the place. At some point I wanted to ask it to come have a drink with us,” laughed Scheepers. 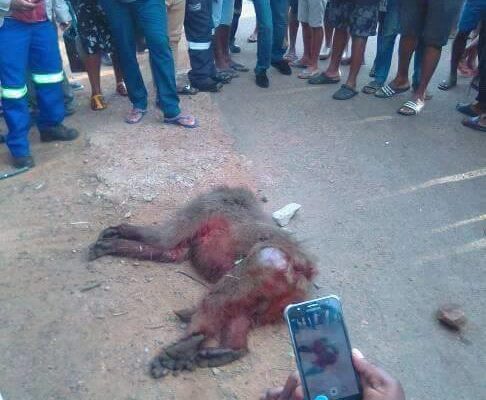 A baboon was spotted and killed in Ngwelezana this morning

Meanwhile a picture of a dead baboon, which was spotted and killed in the early hours of this morning in Ngwelezana, surfaced online a short while ago.

It is unclear whether it was the same baboon seen in Empangeni yesterday.

Traditionally, baboons are believed to be used for witchcraft.