Proteas defender Zanele Mdodana says the national netball team are one step closer to achieving their goal of stepping on the podium at the Commonwealth Games. 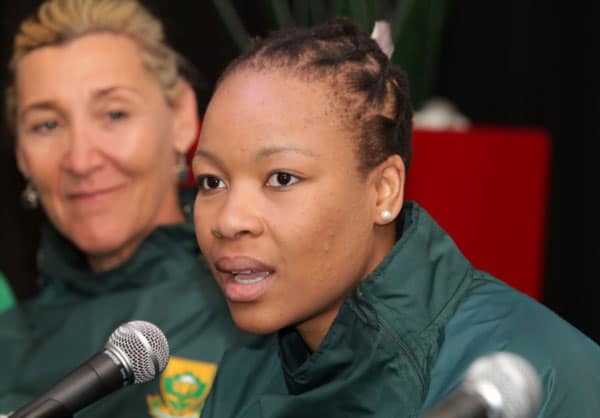 “The camp was great, but it was tough because it involved a lot of testing,” Mdodana said.

“We played practice games on Saturday and Sunday, working on strategy in team attack and defence, and knowing where to find each other on the court.”

The players in the squad will now focus on competing for their various teams in the inaugural Brutal Fruit Netball Cup which starts next week, and they are expected to attend another national camp ahead of a home series against Scotland in Cape Town in June.

Mdodana admitted there was still some uncertainty ahead of the Games in Glasgow in July, where they will aim for their first ever Commonwealth medal.

With three months left to fine-tune, however, she felt they were progressing well in the build-up to the quadrennial spectacle.

The national team took fourth place when netball was first played at the 1998 Games in Kuala Lumpur, but they have failed to reach the semifinals at the last three editions of the multi-sport showpiece.

“We’ve had a couple of injuries and we’re still waiting for some players to be cleared before the final team is selected.

“When you have key players out it’s a bit unsettling, but other than that we’ve seen some vast improvement, and we’re happy with our preparations so far.”