Bystanders were gathered in shock at the scene where the driver of a construction vehicle miraculously survived what could have been a fatal accident in Johannesburg, Heilderberg/Nigel Heraut reports.

The driver plowed into a bridge nearby Nigel at the SPCA bridge on the M63 between Nigel and Dunnottar. 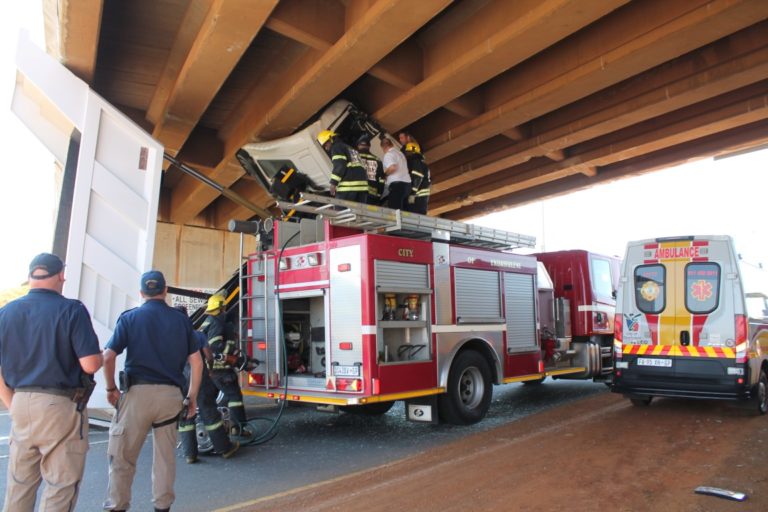 It is not yet clear exactly what led to the accident, as the construction vehicle is much lower than the prescribed height (4.8 metres) of the bridge, and could have passed underneath with ease.

However, it is evident that the hydraulic barge of the truck had been raised before the driver entered the bridge. 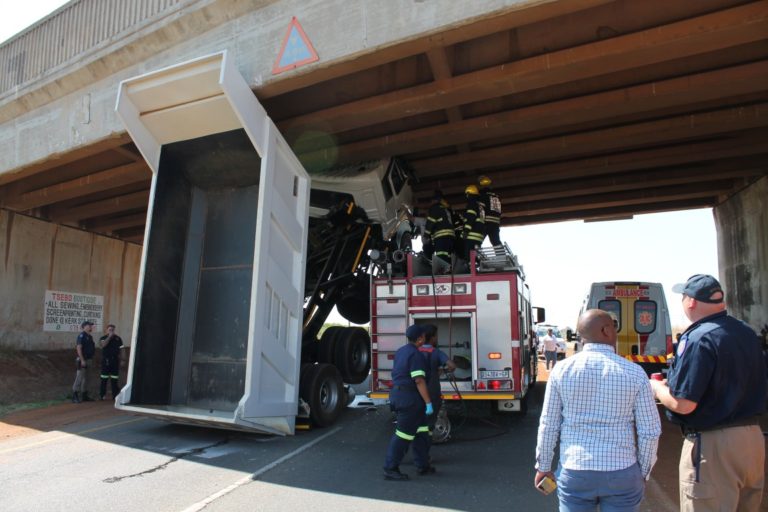 The driver sustained minor injuries, and was transported to a nearby hospital by ambulance.

There is no severe structural damage to the bridge, and an investigation into the accident is under way. 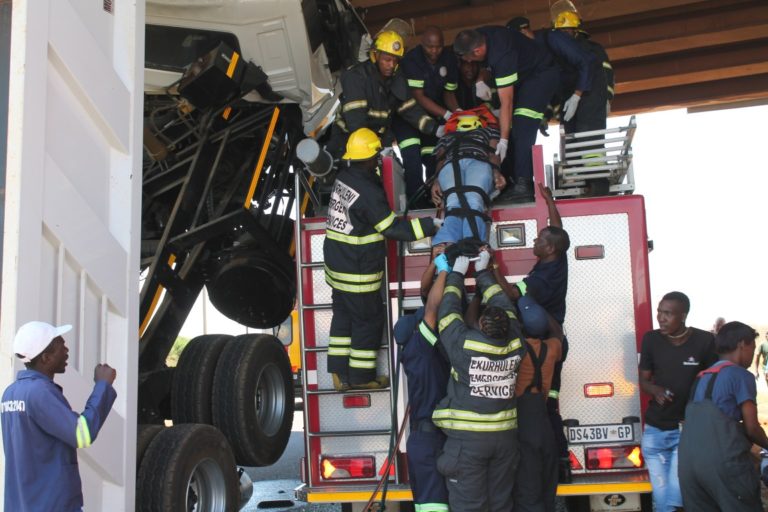