#TBT: Hugh Masekela’s life in the United States during the 60s

Huddleston arranged for Masekela to receive tuition in trumpet playing from Uncle Sauda, who played for the Johannesburg ‘Native’ Municipal Brass Band. 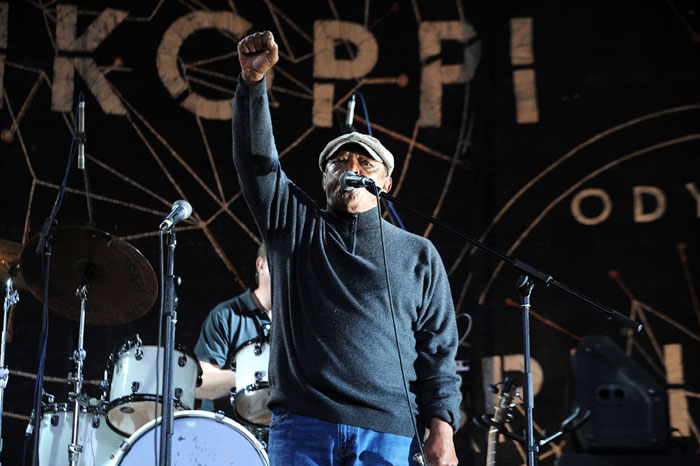 Legendary trumpeter and jazz legend Hugh Masekela is no more. In this week’s edition of Throwback Thursday, we take a look at the first few years of his life shortly after arriving in the United States in the 1960s.

After being inspired by the movie, Young Man With a Horn, Masekela began to play the trumpet after being encouraged to do so by anti-apartheid activist Father Trevor Huddleston, who helped him acquire the instrument.

Huddleston arranged for Masekela to receive tuition in trumpet playing from Uncle Sauda, who played for the Johannesburg ‘Native’ Municipal Brass Band. Masekela, according to South African History Online, soon mastered the trumpet, and began to play with other aspiring musicians in the Huddleston Jazz Band – South Africa’s first youth orchestra.

After the Sharpeville Massacre, Masekela was assisted by Huddleston and other international friends to study in America. In 1961, Masekela went into exile to study at the London Guildhall School of Music, and later the Manhattan School of Music, where he befriended Harry Belafonte.

He composed and recorded new songs in New York, including his 1968 number-one hit, ‘Grazing in the Grass’.  He played primarily in jazz ensembles, such as the Jazz Epistles, and successfully collaborated with international artists such as The Byrds and Paul Simon.

Shortly after his death, the New York Times remembered him as being at the forefront of South Africa’s music scene and performed with pianist Abdullah Ibrahim. The publication reported that after his move to the United States in 1960, he won international acclaim and carried the mantle for his country’s freedom struggle.

In the 1980s, as the struggle against apartheid hit a fever pitch, he worked often with fellow expatriate musicians, and with others from different African nations.

On songs like “Stimela (Coal Train),” “Mace and Grenades” and the anthem “Mandela (Bring Him Back Home)”, he played spiralling, plump-toned trumpet lines and sang of fortitude and resisting oppression in a gravelly tenor, landing somewhere between a storyteller’s incantation and a folk singer’s croon, the New York Times stated.

UPDATE: Hugh Masekela to be remembered in a series of celebrations