With an impressive victory under his belt, middle-distance runner Andre Olivier, believes he is ready to lower his two-year-old 800m personal best. 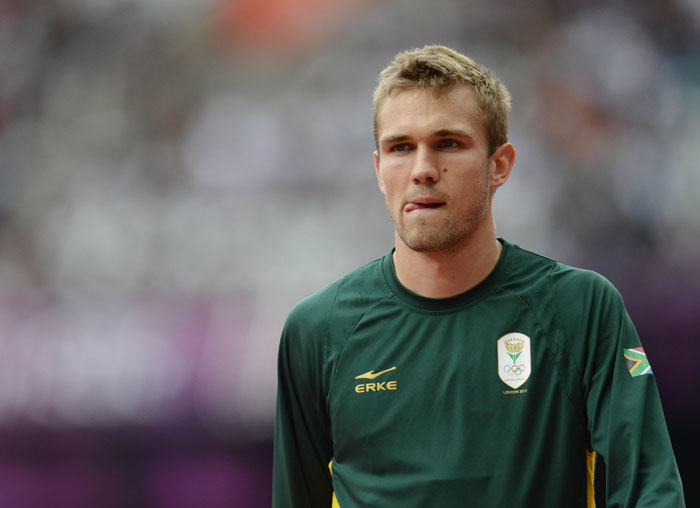 Andre Olivier in the mens 800m heats held at the Olympic Stadium in London, England on the 6th August 2012 ©Barry Aldworth/BackpagePix

The fourth fastest South African in his specialist event, Olivier hopes to follow his predecessors as the SA 800m flag bearer – 1996 Olympic silver medallist Hezekiel Sepeng, 1999 world indoor champion Johan Botha and 2009 global outdoor champion Mbulaeni Mulaudzi – by dipping under the 1:44.00 barrier.
A former World Junior Championships and African Championships bronze medallist, Olivier set his career record of 1:44.29 in Monaco in July 2012.
“I think it’s possible. It would be nice and I’m sure I’m in shape to go under 1:44,” he said yesterday.
Having bagged an easy win at the World Challenge meeting in Beijing on Tuesday, clocking 1:44.88 to beat second-placed American Erik Sowinski by nearly a full second, Olivier confirmed he would return home for a short stint before jetting off to Europe.
He said he would turn out next month at the Diamond League meeting in Rome on June 5, followed by World Challenge events in Hengelo and Ostrava.
“I’m coming back home for a week or so before Rome.

“I’ll just focus on the basics and make sure I’m fresh.”